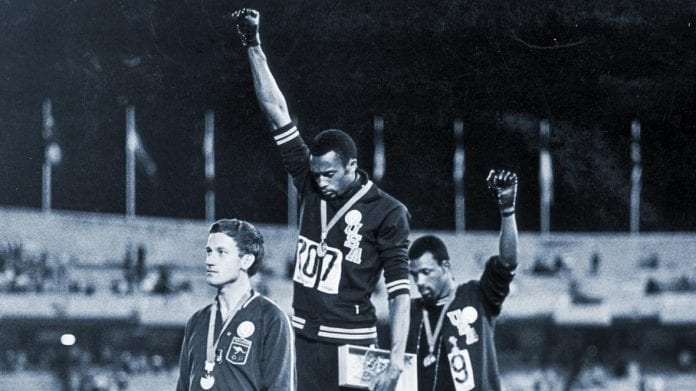 The renowned sportswear company that is PUMA has turned its focus away from their offerings to champion something more important. Specifically, PUMA brought together three of their best-known ambassadors, Formula 1 Champion Lewis Hamilton, Olympian Tommie Smith and football legend Thierry Henry, to have an honest conversation about racism.

More than 50 years ago, when Tommie Smith raised his fist on the podium of the 1968 Olympic Games, he put himself on the line to champion universal equality. Despite the many years that have past since then, incidents of racism and police brutality still make headlines. Tommie Smith expressed his disbelief that so many years after his silent protest on the Olympic podium, racism is still an issue around the world. This lead to his question, “Is Anyone Listening?”

Thierry Henry shared his thoughts, saying:“At some point, people didn’t see my colour anymore because I was playing football,” adding: “When I went somewhere where people didn’t recognize me, my colour came back.” Six-time Formula 1 World Champion Lewis Hamilton also talks about his experience as the only black driver in the predominantly white world of Formula 1.

You can watch the full conversation below.