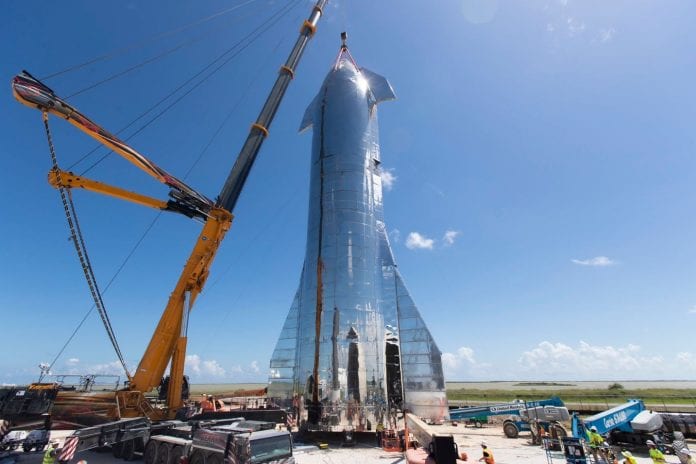 SpaceX took some time on Tuesday to celebrate a big leap forward in their mission to land on Mars. This leap being the successful test flight of their Mars-bound starship in Boca Chica, Texas.

Although this was only a smaller version of the final ship, the prototype successfully completed what SpaceX call a hop. This is where the silo-like rocket, powered by a single Raptor engine using liquid oxygen and high-energy methane propellant, fly 150 meters off the ground. After rising, the ship moved side-to-side and landed back down on a designated landing pad.

SpaceX revolutionised rocket technology by introducing a reusable design. This relies on a massive booster which SpaceX calls the Super Heavy. When combining all the boosters, the starship packs a total of 1.6 million pounds of thrust.

Upon successful launch, the company’s CEO Elon Musk Tweeted “Mars is looking real” and said that the next stage will be to carry out more of these “short hops” to “smooth out” the launching sequence. However, in the long term, the starship’s final goal is to reach Mars and carry out multiple entries using a heat shield technology currently under development.