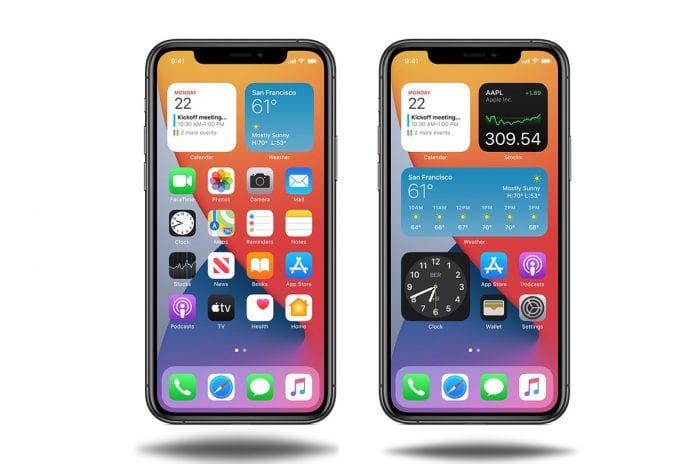 Apple’s WWDC 2020 livestream event took place just yesterday and it saw the tech company share a taste of its latest iOS before they plan to release it widely this autumn. Interestingly, iOS 14 is one of Apple’s biggest updates for iPhone to date, revamping the home screen design, introducing new features, updating existing apps, improving Siri, and implementing many other changes.

For the first time widgets can now be dragged right onto the home screen and pinned in different sizes depending on your taste. As well as this, there’s also a new Smart Stack widget that appears to be a response to Android’s personalised App Drawer, which automatically organizes relevant apps based on the time of day into a rotating widget.

Thanks to Picture-in-picture, the new update will finally let Apple users watch videos or make calls while using another app, something which Android users will also be familiar with. As for other app-related improvements, a new App Clip feature has arrived. Similar to what Google Implemented in their latest update, users can access certain features of an app when needed without installing the app in full.

As well as now being able to send audio messages, Siri has had her domain reduced so she only takes up a fraction of the display rather than the whole screen. To add to this sleeker aesthetic, incoming calls and FaceTime requests will appear as a pop-up instead of taking up the whole screen too.

A new Translate app has also been introduced and it functions similarly to Google Translate. The app will allow users to translate between languages via text or a dictated message. 11 languages — English, Mandarin Chinese, French, German, Spanish, Italian, Japanese, Korean, Arabic, Portuguese, and Russian — will be supported at launch, a number that needs to increase if it looks to compete with Google’s 109 supported languages.

The Carplay App will gain support for custom wallpapers and will now include new parking, fast food, and EC charger locations. Apple is also looking to utilise their NFC technology to make your iPhone your car’s keys. iOS 14 will allow the function to work with the 2021 BMW 5 Series before making it available in the current iOS 13.

Last but not least, Messages will let you pin your favourable contacts and conversations at the top of the app for quick access. Memoji will also be receiving new accessories.