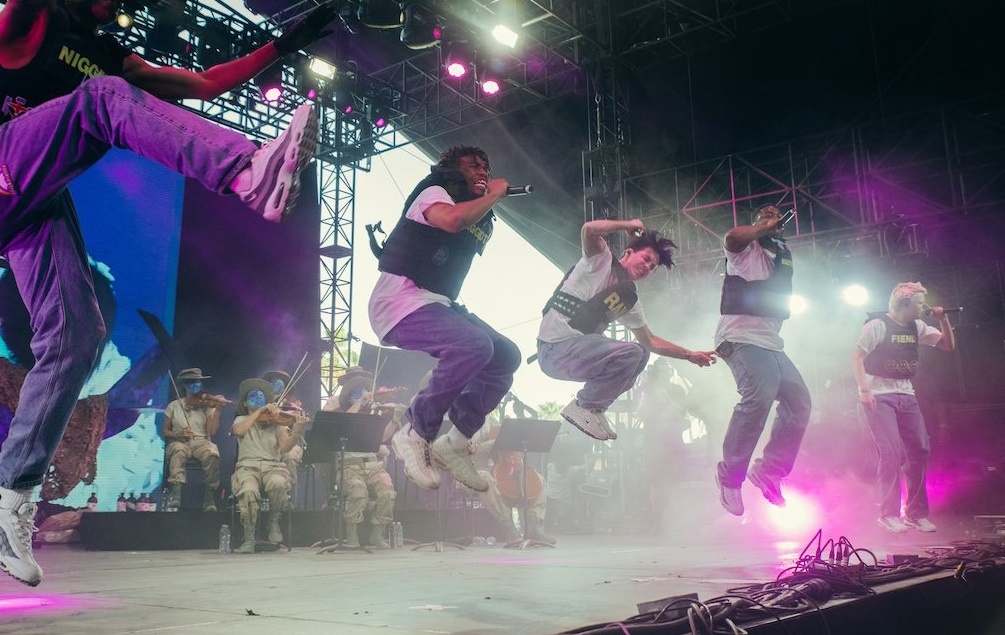 If you missed our previous article, you should know that BROCKHAMPTON are releasing new, non-album, music on YouTube every week; whilst they’re busy working on two new albums.

Last week’s tracks, ‘things can’t stay the same’ and ‘N.S.T’, have now been removed from YouTube; indicating the same could happen to these new tracks next week. For this reason, If you’re a fan of the group then get your listens in while you can.

The first of this week’s tracks is called ‘M.O.B’ and according to Genius stands for ‘Money Over Bitches’. The second track is called ‘twisted’ and features Ryan Beatty and Christian Alexander. Similar to last week’s songs, M.O.B and ‘twisted’ were previewed during a Technical Difficulties Radio livestream. This time on Twitch.

You can listen to this week’s tracks below. Let us know what you think of them.