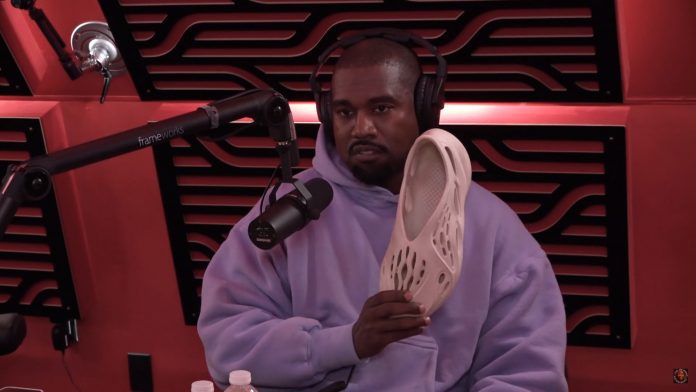 The American rapper, record producer, and fashion designer that is Kanye West finally sat down the Joe Rogan. What followed was the JRE episode everyone had been waiting for. The multi-talented creative spoke about so much witing the 3-hour episode that it’s pretty hard to describe it all here.

However, one thing that he described in detail was the inspiration and thought-process behind his adidas YEEZY Foam RNNR. Specifically, Kanye noted that he had wanted to remove the pair’s tongue for ergonomic reasons. This is in contrast to his previous way of thinking, which was designing footwear that would go well with jeans.

Interestingly, he stated that while designing the pair he becomes like “a three-year-old” or “yoda” due to the fact aht he always sticks to his gut-feeling. Shortly after discussing this, Kanye highlights his tendency to jump around topics, comp0aring himself to a human Instagram, going from thought to thought.

If you want to listen to Joe Rogan and Kanye West in conversation then you can do so below.