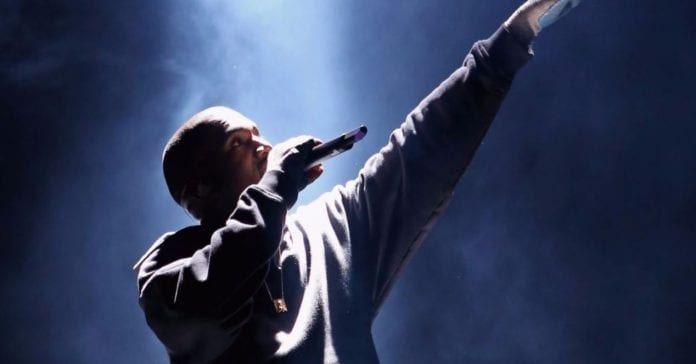 Kanye West was recently seen to be celebrating his success in the Kentucky poll results. However, it was shortly after this that people found out there was a big misunderstanding at the centre of all of it. Interestingly, the invalid election results from Kentucky showed him ahead of both President Donald Trump and Democratic candidate Joe Biden.

In a video posted on Twitter, the American rapper and producer could be heard saying “Get the West Wing ready!” while sharing the false results. Specifically, the polls said that Ye was ranked third with 19% of the vote, bigger than Joe Biden’s 14 and Donald Trump’s 2.

Following up his celebration was a tweet that read: “PEOLE TRIED TO TALK ME OUT OF RUNNING FOR PRESIDENT…NEVET LET WEAK CONTROLLING PEOPLE KILL YOUR SPIRIT.” Shortly after this, West’s tweet was flagged as ‘Manipulated Media’ by Twitter, which has added a link to the explanation of the figures provided by a local news site. It turns out that this was simply test-data, and not actually real.

Despite this, it appears that Kanye was already preparing an audible victory lap, dropping a brand new cut titled “NAH NAH NAH.” The song was premiered via Instagram, and featured a loop of Joaquin Buckley’s recent knockout victory at UFC Fight Night 5. Not only this but the new track and it’s visuals made reference to Star Wars: Revenge of the Sith, with the lyrics also highlighting his latest beef with Universal over his songs’ masters.

Is This Our First Peek at the Official YEEZY 451?