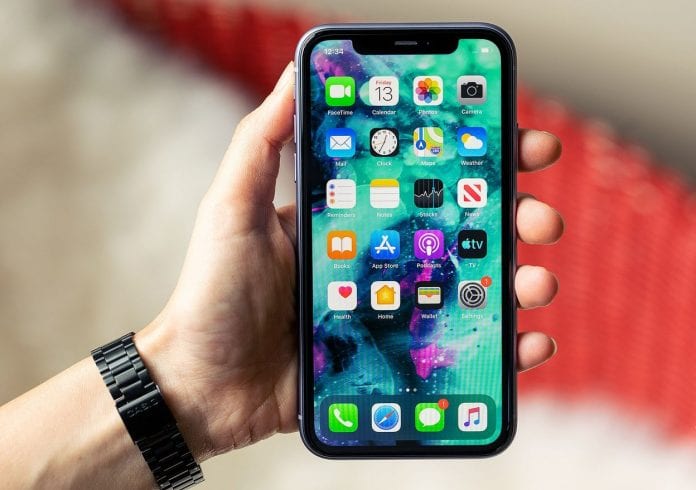 At the beginning of the year, a patent filed by Apple surfaced consequently confirming that the tech conglomerate was, in fact, gearing up to introduce some foldable/bendable tech. Disappointingly for iPhone enthusiasts, that was for a next-generation Mac, meaning that a foldable iteration of the renowned phone seemed out of sight. However, now that yet another patent has made its way online, fans of the renowned phone can rejoice knowing that the arrival of a bendy iPhone is only a matter of time.

The paperwork was published by the US Patent and Trademark Office on Tuesday titled “Electronic devices with flexible displays and hinges.” Within the documents, we can see how the tech giant plans to implement foldable functionality into what would be a highly-anticipated phone.

The folding iPhone display is, of course, designed to rival Samsung’s polarising Galaxy Fold, however, unlike the Galaxy Fold, the design is reportedly going to avoid a crease developing down the folding point. Apple‘s solution is that it needs to bend the display in a certain way, specifically by allowing the middle section to bow outward slightly before making the curve around. This will then allow for a larger radius bend, while also minimizing stress. The patent lists its inventors as Jiang Ai, Mitchell A. Heschke, Soyoung Kim, and Stephen R. McClure.

Having said this, it will be interesting to see how this tech develops as Apple currently source their displays from Samsung. As you can imagine, the fact that there are still so many things for Apple to work out means that there is no release date confirmed for Apple’s folding iPhone, but some suspect it to arrive sometime in 20201.