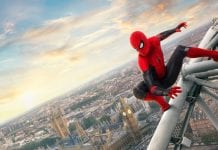 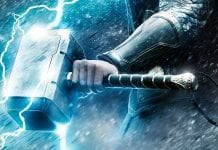 If you were gutted that you weren’t one of the few lucky fans got to see the Black Widow trailer during San Diego Comic-Con, then don’t worry as Marvel just dropped the whole teaser via YouTube.

As for what we see, Marvel Studios appears to be opening up the first chapter of Marvel Cinematic Universe‘s Phase 4 via a Black Widow prequel that centres around the character’s rise to a master assassin. The Black Widow, played by Scarlett Johansson, seems to have her introduction into S.H.I.E.L.D. laid out in the upcoming flick, in which we see the powerful Avenger fight alongside her never-before-seen family members.

Take a look at the trailer above, if you like what you see then sit tight as the movies is coming to cinemas on the 1st of May, 2020.

Check out the brand new teaser poster for Marvel Studios’ #BlackWidow. In theaters May 1, 2020.