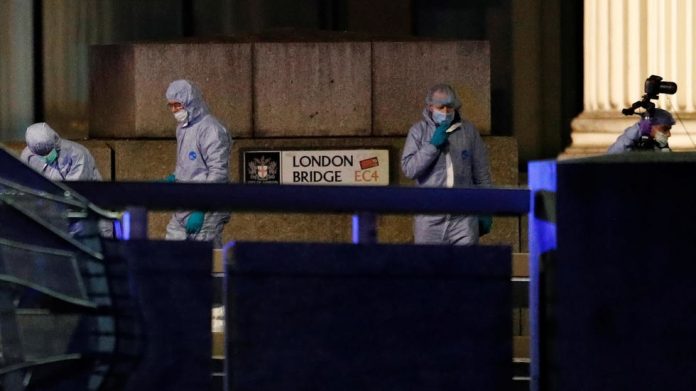 Friday was a tragic day for many as a London-based terrorist killed Jack Merritt, 25, Saskia Jones, 23, and left various other members of the public badly injured. Specifically, the attacker – who shall remain nameless – was armed with two knives when he turned up to Fishmongers’ Hall in the City of London.

Fishmongers’ Hall was hosting a prisoner rehabilitation event at the time, consequently, when the attack took place a number of civilians, some of which were previous offenders, rushed to help. Among those praised for their bravery was a porter – known as Lukasz – who made time for others to escape by fighting the terrorist. Despite many reports claiming he was armed with a tusk, he was actually using a pole and sustained several injuries from the attacker to his left side.

Shortly after this armed Police arrived at the scene, and with the attacker wearing a suicide vest, authorities decided to shoot and kill the man on site. Once it marked as safe, and the vest could be examined they came to the conclusion that the device was actually a fake, likely used in case of a hostage situation or to deter anyone coming too close.

Please stay away from #LondonBridge! I just saw a man with a knife being shot in the head by police. Please be careful London! pic.twitter.com/BotIffaLJ0

Should the Attack have been Foreseen?

When the terrorist was identified it turned out that he had actually been previously arrested for terror-related crimes. Specifically, the attacker was convicted of a terrorism offence in 2012, and had completed two rehabilitation schemes during the eight years he spent in prison and following his release.

The question then arises, how was this man allowed amongst the public given what the authorities knew?

The government says that the programmes which these terrorists attend are kept “under constant review”, however, it is yet to be proved – other than anecdotally – whether they have any real effect on those who take part. This is due to the department involved not actually completing any work to test whether the scheme prevents reoffending or successfully tackles extremist behaviour.

Although it seems easy to point the finger and blame the government, officials pointed out that the schemes have not been operating for long enough for the results to be assessed. I guess we will have to hope that these initiatives continue to adapt and improve as time goes on.

Blockbuster Is Set to Return to London for Just Two Days