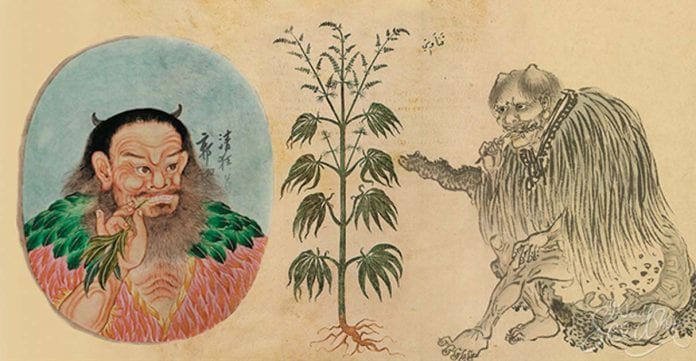 Over the last few years, the West’s stance on cannabis has undeniably relaxed, with countries as notable as Canada legalizing the plant and its controversial qualities. Well, it turns out that this isn’t as much as a progressive idea as we thought, in fact, growing and smoking Marijuana is a practice that dates as far back as 500 BC.

To be precise, research published in the Science Advances on the 12th of June indicates that evidence now suggests that humans were using cannabis for its psychoactive properties around 2,500 years ago. Specifically, ancient wooden burners located at a cemetery site in the Pamir mountain range in eastern China were studied closely, what was found was that traces of cannabis were in fact present.

Although, the interesting aspects of the discovery don’t stop there. In fact, the marijuana found in the burners had high levels of THC, in fact, higher than what has been naturally found. This suggests that the people of the time were cultivating the plants in a way that specifically brought out the psychoactive aspects of the harvest.

Tengwen Long, an assistant professor and environmental archaeologist at the University of Nottingham had this to say: “I am impressed by this new and important discovery,” adding: “It offers us very important data concerning humans’ close interaction with the plant.”

Cannabis Is Officially A Medicine

UK Police Have Officially Softened Their Approach to Cannabis Users