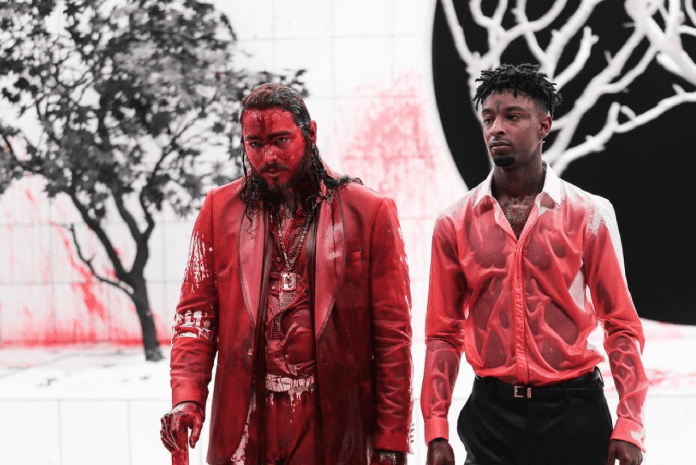 Post Malone and 21 Savage’s 2017 hit, rockstar, has just surpassed 2 Billion – with a B! – streams on Spotify; becoming the second song on the platform to do so.

The collaborative song is just behind Ed Sheeran’s ‘Shape of You’, which currently sits in the pole position with 2.6 Billion streams. Following up from Posty and Savage’s song we have, Drake’s ‘One Dance’ at number 3, The Chainsmokers and Halsey‘s “Closer” at 4 and Tones and I’s “Dance Monkey” in 5th position; according to Spotify’s unofficial Most Played All-Time playlist.

rockstar was released in September of 2017 and was the lead single for Posts sophomore album, Beerbongs & Bentleys. The song managed to reach Number 1 in the Billboard Top 100, giving both of the artists their first chart-topping song. The song has also received recognition as being the Record of the Year and Best Rap/Sung Performance nominations at the 2019 GRAMMYs.

.@PostMalone and @21savage's ‘rockstar’ has surpassed 2 BILLION streams on Spotify. It's the 2nd song in history to achieve this.