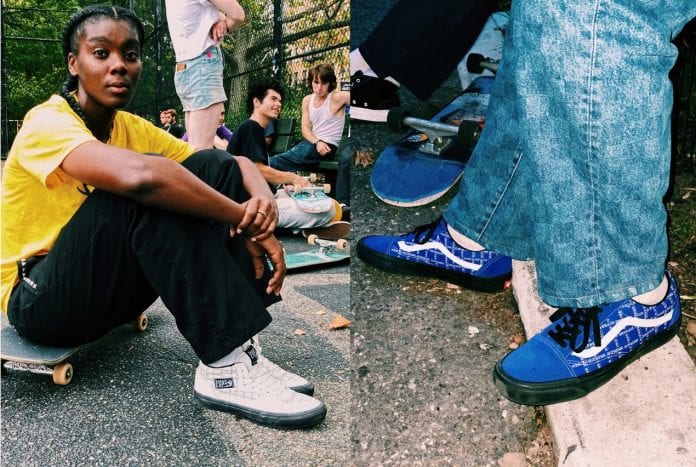 To follow up on their Nike collaboration last week, Supreme has returned this week with yet another collab, turning to none other than Vans.

As for what to expect this time around, the longtime partners have looked to revamp the Old Skool Pro as well as Steve Caballero‘s Half Cab. When it comes to the construction, the Half Cab offers a 5/8 cut with the upper made of canvas and suede. As for the Old Skool, it utilises a similar mix of textiles but uses them to build a sleeker silhouette.

Arriving in cream, blue and black colourways, both pairs rely on a branded checkerboard-like pattern to offer their aesthetic punch. Specifically, this branding sees “Supreme” repeated in horizontal and vertical lines across the upper, while the Half Cab has it adorning the toebox too. Last but not least, every pair is rounded off with a black collar and rubber midsole.

Take a look at the Supreme x Vans Half Cab Pro and Old Skool Pro below. If you like what you see then head over to Supreme’s online store or flagship locations on the 10th of September. Japan’s release date will be on the 12th.

Vans Focus on the Details with Their Latest Anaheim Factory Collection