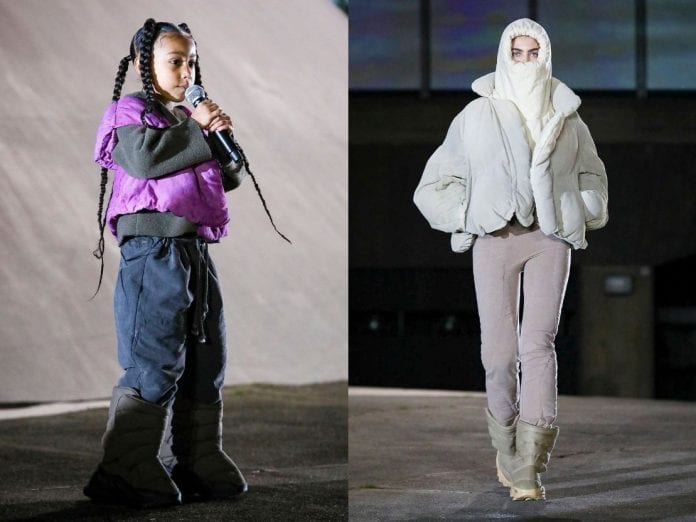 Kanye West surprised fashion enthusiasts earlier this week after rounding off his Paris-based event with a surprise YEEZY Season 8 presentation. Not only this, but the whole display even included his daughter, North, taking up a mic and rapping publically for the first time ever.

YEEZY’s season 8 was, unsurprisingly, a highly-anticipated return to the fashion world. Furthermore, it seems like the products have lived up to the hype. Specifically, the garbs remain true to the essence of the YEEZY brand, with each piece’s aesthetic packing its punch thanks to the bulky and forward-thinking silhouettes. Some of the most standout offerings arrive in the form of baseball-style shirts, piecemeal jewellery and furry trousers.

As well as the tonal arrangement of clothing, equally attention-grabbing footwear was on display too. As for what to expect, resin-injected slide sandals to puffy sneaker-soled boots were common throughout. This could be somewhat marking the moment in which the brand look to more comfy home-suitable products rather than the streetwear-orientated ones that have been dominating the lineups over recent years.

Take a look at YEEZY’s Season 8 range, as well as North West’s performance, below.