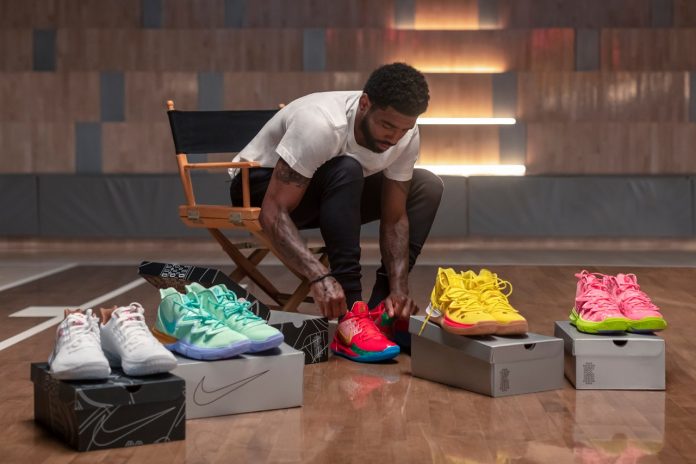 Just yesterday, the American professional basketball player that is Kyrie Irving showed off Nike’s upcoming collaboration with SpongeBob SquarePants for the first time.

As for what to expect, the collection consists of five unique colourways, each of which mirrors one of the iconic cartoon’s main-characters. To be precise, SpongeBob, Patrick, Squidward, Sandy and Mr. Krabs all have their colours revamp one of Irving’s two signature models, the Kyrie 5 and Kyrie Low 2.

Specifically, the Nickelodeon characters have their instantly-recognisable colours create the colourways of each pair, from here, smaller details have been added to further the collab’s aesthetics. For example, the pairs appear to have the character’s name written on the back of the tongue.

Take a look at the SpongeBob SquarePants x Nike Kyrie 5 and Kyrie Low 2 collab below, if you like what you see then sit tight as the pairs are set to make their way to shelves this August.