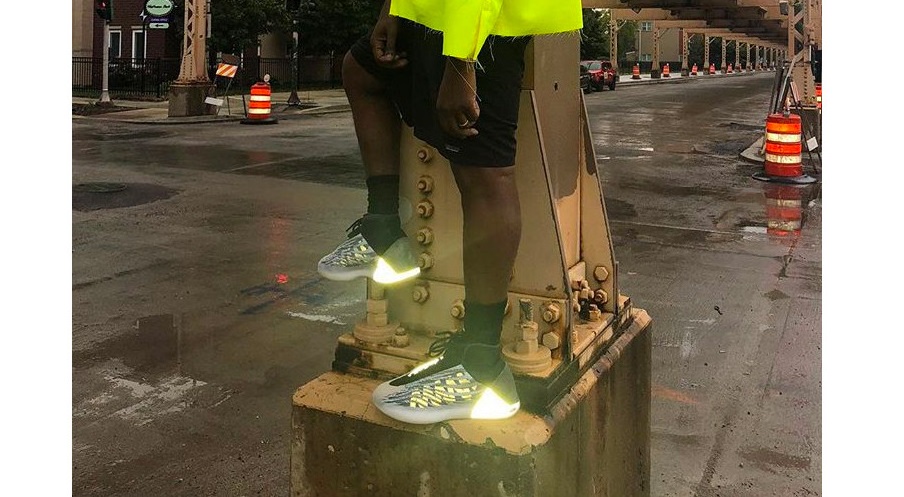 It was only last week that the American rapper, singer, songwriter, record producer, entrepreneur and fashion designer, Kanye West, rejoined Instagram after an extended period of not appearing on the platform. Yet already the fashion mogul has used the image-sharing tech to tease sneakerheads everywhere with what will become YEEZY’s first ever official basketball sneaker release.

Specifically, in the image uploaded to Instagram, you can see Kanye adorned in the forthcoming model as he matches the shoe’s neon decoration with his as equally bright jacket. As for the rest of the shoe, the upper sees wavy striped detailing sit between the pair’s reflective 3M components that can be seen on the heel and tongue while the midsole goes for a more subtle look with a semi-translucent finish. Take a look at Kanye’s post below, if you like what you see then sit tight and stay tuned for the pair’s release details as they are announced.

Watch the trailer to the new Kanye West Documentary: Jeen-Yuhs