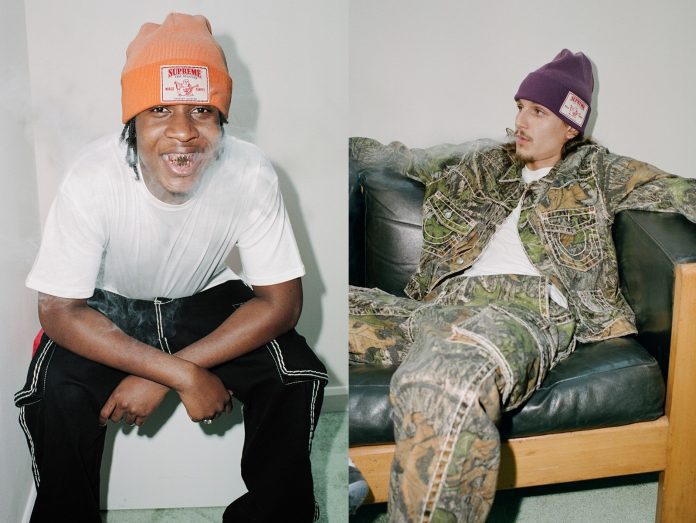 Supreme are looking to keep their collaborations coming, following up last week’s Thrasher collection with a brand new venture in conjunction with True Religion. To be precise, this week sees the arrival of multiple True Religion pieces, all releasing as a part of Supreme’s Fall 2021 offerings.

The duo has, of course, focused on denim, something which Jeff Lubell and Kym Gold’s brainchild quickly became famous for after their launch in 2002. Featuring the brand’s unique sewing process and treatments, the denim jackets, jeans and caps that make an appearance this week appear washed out, sporting a weathered-type aesthetic.

As well as this, expect beanies and hooded sweatshirts, the latter of which also features the same kind of washed-out look. Rounding off the zip-up hoodie is dual branding in the centre chest and visible stitching. The same design appears in a smaller form at the rear of the jeans and jacket, as well as at the front of the beanies.

Take a look at the True Religion x Supreme Fall 2021 collaboration below. If you like what you see then sit tight as the goods will be available on the 30th of September via Supreme’s online store and flagship locations. Japan will see a later release date of the 2nd of October.