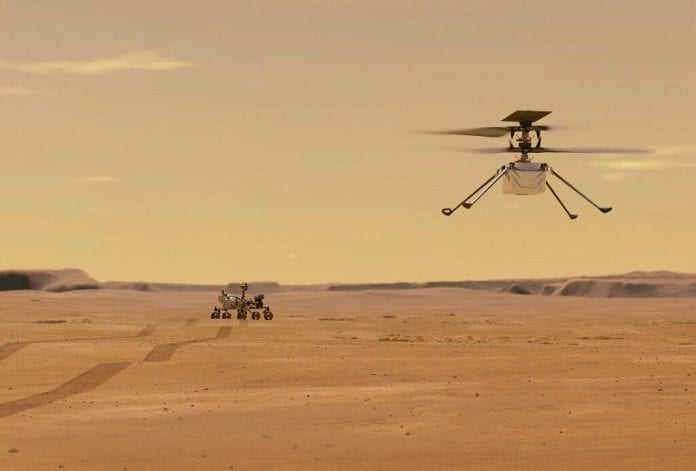 NASA’s latest achievement really says something about the pace of technology development. Had you been around in 1939 – so anyone over 82 years of age – you’d have witnessed the arrival of the world’s first practical helicopter. It was on September 14, 1939, that the VS-300, the world’s first practical helicopter, took flight at Stratford, Connecticut, the brain-child of Igor Sikorsky (who happened to be the pilot as well.) The flight lasted just a few seconds.

Fast forward to yesterday on planet Mars. NASA’s Ingenuity robotic helicopter successfully completed the first powered controlled flight using the atmospheric lift on another planet, reaching an altitude of 3 meters for about 40 seconds before landing.

You could debate which of these was the greatest achievement but let’s just say that flying, in general, is difficult, but flying on Mars with a 20-min time lag to Earth, gravity that is less than half of our own and an atmosphere that is mostly carbon dioxide at an average temperature of -62 degC.

With a patent for all the engineering features in V300 granted in 1935, Igor might have claimed some credit for Ingenuity but with a mass of 1.8kg, 350W batteries and a height of just under it would certainly have impressed.

It happened. Today our #MarsHelicopter proved that powered, controlled flight from the surface of another planet is possible. It takes a little ingenuity, perseverance, and spirit to make that opportunity a reality: https://t.co/oT3rrBm6wj pic.twitter.com/u63GKshp0G

“Ingenuity is the latest in a long and storied tradition of NASA projects achieving a space exploration goal once thought impossible,” said acting NASA Administrator Steve Jurczyk. “We don’t know exactly where Ingenuity will lead us, but today’s results indicate the sky – at least on Mars – may not be the limit.”

Let’s hope all goes well as the novel technology could be of great use in future space missions.