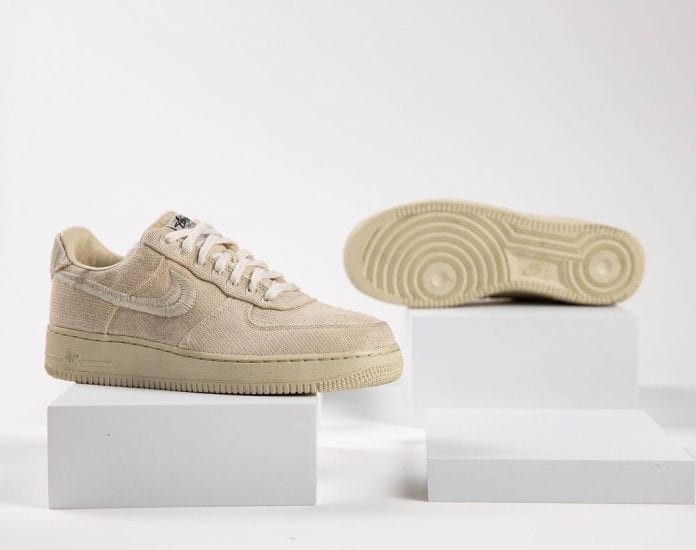 Nike and Stüssy have been busy this year, however, it doesn’t look like the duo are quite finished yet. In fact, it seems like they may have saved one of their best offerings till last, that being the collaborative Air Force 1.

Thanks to the trusty sneaker news-leaker that is repgod888, we have not only received a better look at the pair, but also a rumoured release date. As for what to expect from the pair, it arrives in two colourways, “Fossil Stone” and “Black.” No matter which iteration you cop you can expect a hemp construction, in which thick Swooshes have been embroidered.

Additionally, thanks to the metallic emblem badges found on the heel, the sneakers boast Stüssy’s insignia. On the other hand, Nike’s logos are limited, simply rocking the previously mentioned Swooshes and AIR branding on the midsole. Rounding off the collab are Stüssy tongue tags, co-branded printed insoles and matching AF1 sole units.

Take a look at the two Stüssy x Nike Air Force 1 Lows below. If you like what you see then sit tight as the collab is set to drop on the 11th of December, the “Fossil Stone” colourway will be available exclusively via Stüssy while the “Black” iteration will be dropping at select retailers such as Nike SNKRS.