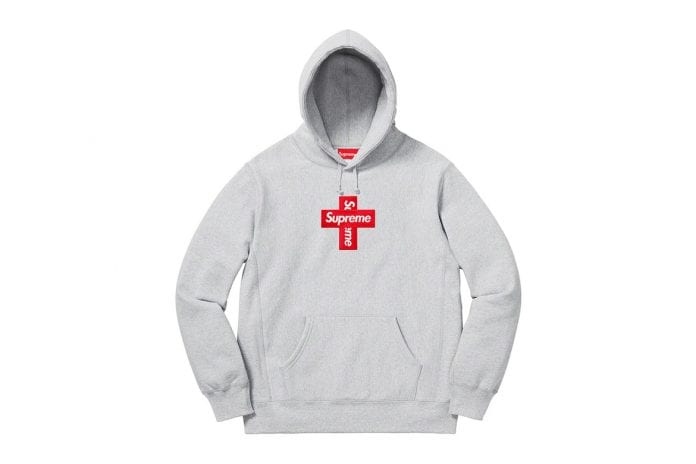 This week is a big week for those who like jumping on the hype train. Not only has Palace revealed a new collaboration with CIROC, but now Supreme are planning to drop their highly sought after Box Logo pieces.

For those of you that don’t know, whenever Supreme put their branding on a plain garment everyone will seemingly fight to the death for it. Well, this Thursday is the day that the New York-based skate brand is dropping the minimalist pieces, so expect a battle at the checkout.

As for what to expect from the BOGOs, the design is a simple revamp, with two Box Logos laid perpendicular to each other to make a cross. When it comes to the colourways, black, cream, yellow, green, red, navy, grey and purple are to be expected. Supreme then collaborated with New Era in order to provide matching beanies for every iteration of the hoodie.

Take a look at Supreme’s week 15 drop below. If you like what you see then head over to their online store on the 3rd of December at 11am GMT. Japan will see a later release of the 5th.