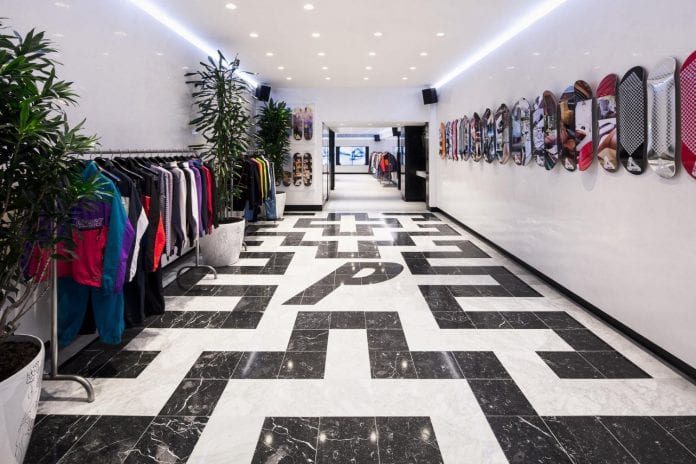 Following Skepta and Havana Club’s limited rum release, it looks like fans of the London scene have yet another alcohol-based collaboration to look forward to.

This time around, its none other than Palace and CÎROC that are the two who are putting their heads together. This isn’t too surprising as it was actually almost 3-years-ago to the day that the duo released a collaborative bottle of vodka. Consequently, it’s not too hard to imagine what to expect, having said that the packaging and bottle design will obviously differ.

This means that although you might be used to CÎROC already, you may want to get your hands on the collab purely for the sake of starting a Palace x CÎROC bottle collection. If you are one of those people then make sure you head over to Palace’s online store on the 2nd of December to cop yourself one.

Palace Skateboards 25/06/21: The Skate Brand Turns up the Colour