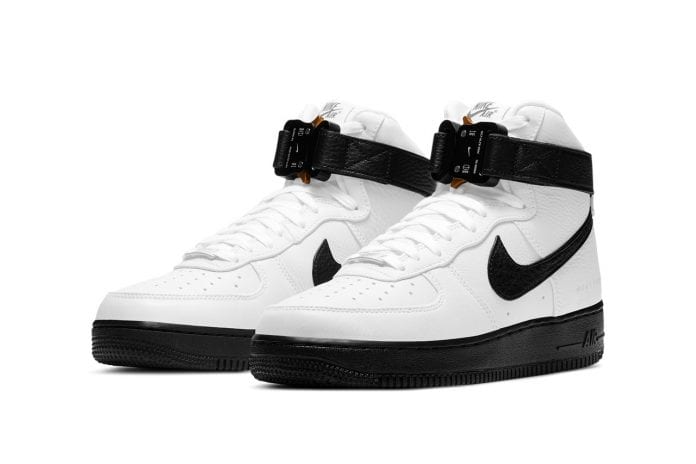 Nike Air Force 1s have become one of the most commonly worn models of shoe within the streetwear community. This is likely why the sportswear conglomerate has focused on producing a range of revamped AF1s through various collabs.

Well, as for who’s collaborating on the iconic silhouette this time, it’s 1017 ALYX 9SM‘s turn, and the usual treatment from the brand can be expected. Specifically, Nike‘s Air Force 1 High has been constructed from clean white leather. Contrasting this upper is sneaker’s black Swoosh and midsole.

However, the black-on-white doesn’t end here, the most notable part of the pair is the black ankle strap that fastens via the popular rollercoaster belt buckle. As well as this, expect a mini Swoosh stitched in the heel while the whole collaboration is rounded off with “Nike Air” and “1017 ALYX 9SM” branding stamped in at the top of the shoe.

Take a look at the 1017 ALYX 9SM x Nike Air Force 1 High below. If you like what you see then sit tight as the pair’s release date hasn’t been announced. However, if you want to be the first to know the details then make sure you sign up to our newsletter.