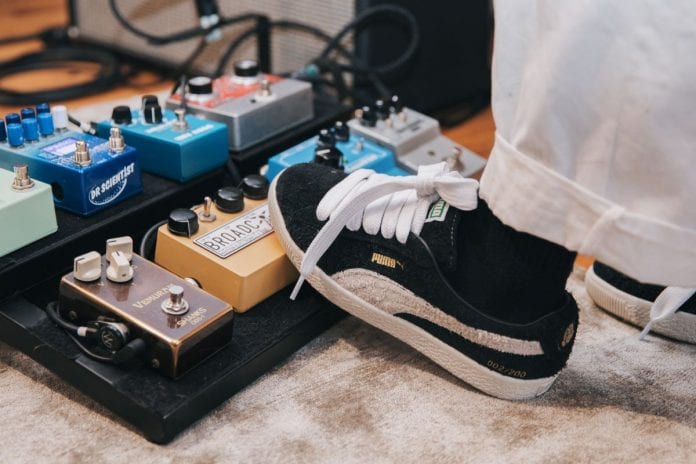 For their final footwear collaboration of 2020, the independent retail store that is Footpatrol has teamed with PUMA. The two have focused on providing an exclusive iteration of the German brand’s most beloved model, the PUMA Suede.

The whole collaboration arrives with the goal of paying tribute to the uniquely creative environment of London’s Soho. The area has long been the hub of the capital’s music scene and has played an ongoing role in the UK’s growing street-culture.

As for what the footwear actually consists of, the majority of the surface area is dressed in black while the formstripe down the sides sport a contrasting white. Obviously, the pair’s construction relies on a premium suede material, held together with white tonal stitching. Rounding off the pair are dual logos on the tongue as well as a few metallic gold details. These gold highlights can be found in the forms of Footpatrol branding on the heel, PUMA branding on quarter panels and the number of the pair near the midsole. We say the number of the sneaker as this collab’s stock has been limited to just 200 pairs.

Take a look at the Footpatrol x PUMA Suede collaboration below. If you like what you see then get ready as the sneakers are dropping on the 21st of November via Footpatrol’s online store. Be quick though because, as we said, stock is limited to just 200 pairs.