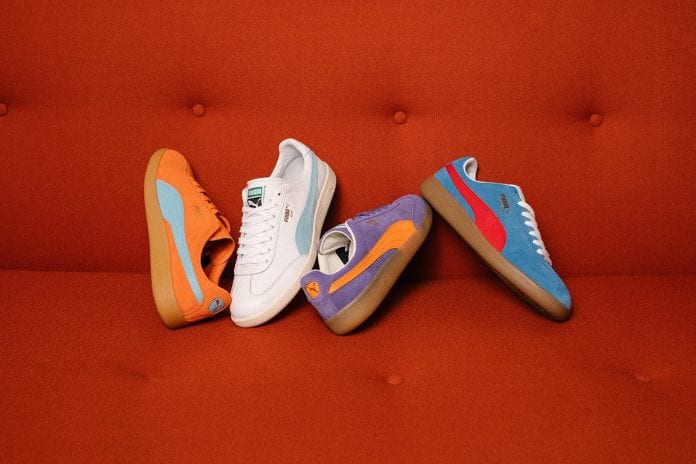 With the retro trend showing few signs of slowing down, PUMA has prepared a collection that looks to provide that exact aesthetic.

As for what to expect, the range of footwear spotlights the brand’s Bluebird silhouette. This shape was originally designed in 1982, with the purpose of being an indoor training shoe. Having said that, the pair became steadily popularized throughout the early ’80s. Alongside the Bluebird is the Madrid, an equally sleek silhouette that’s also been dressed in retro designs.

Specifically, the collection’s styles have been split into an array of cities, each of which aims to reflect their namesake locations. Amsterdam, St. Petersburg, NYC and London are what’s landing, with Amsterdam rocking an orange and baby-blue combination. Interestingly, St. Petersburg seems to sport a very similar palette but with the colours reversed. Last but not least, NYC turns to a blue on white, with London opting for orange on purple instead.

Take a look at PUMA’s archival offerings below. If you like what you see then you’re in luck as all of them are available via Size? apart from the Bluebird NYC that drops on the 17th.