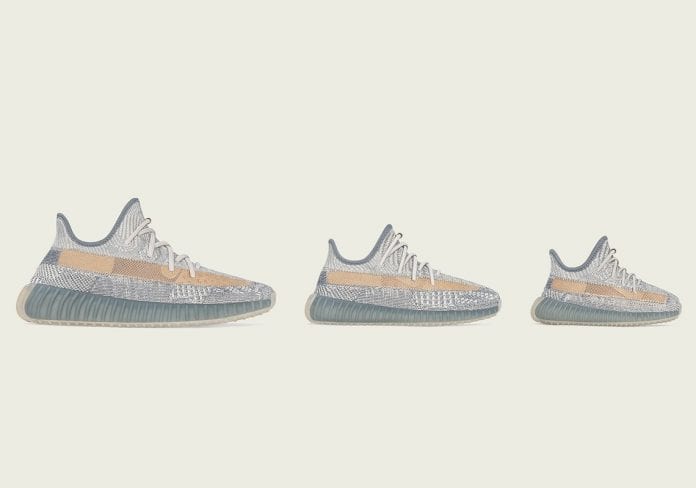 Whispers of the upcoming “Asriel” and “Israfil” YEEZY BOOST 350 V2 have been circulating online for a short while now. However, thanks to adidas, we finally have a solid release date to look forward to.

Specifically, it was the “Israfil” iteration that adidas shared info on, offering a clear look at the colourway as well as its price and release. The sneaker looks to honour one of the four Islamic archangels, Israfil, who signalled Qiyamahentity and is depicted as the angel of music.

The 350 V2 boasts a grey-hue across the Primeknit upper, something which is interrupted by an orange stripe across the lateral sides. From here, the midsole features a complimentary colour-blocked aesthetic, comprised of a similar grey and orange combination. Last but not least, a full-length BOOST sole unit offers comfort to the wearer, while the newly-implemented bungee cord lacing system adds concise functionality.

Take a look at the YEEZY BOOST 350 V2 “Israfil” below. If you like what you see then you’re in luck as it’s set to drop on the 22nd of August at adidas.com and select YEEZY retailers.