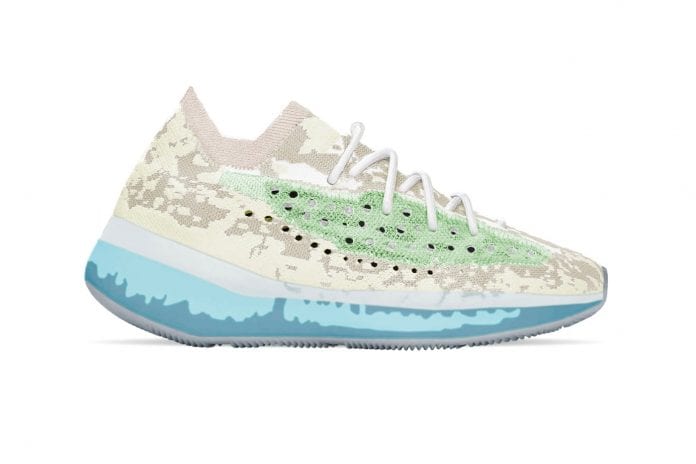 2020 saw the introduction of adidas and YEEZY’s “Alien” colourway, however, it looks like the duo aren’t done as they are taking another step in the same direction.

Specifically, the duo’s newest colourway is reportedly an “Alien Blue” take on the YEEZY BOOST 380. As for what this means exactly, Kanye West‘s upcoming pair is rocking an off-white low-cut Primeknit upper. From here, the upper sports a digital-camo pattern across its surface area before a light green hue takes centre stage at the quarter panel.

Additionally, the forthcoming YEEZY BOOST 380 turns to subtle adidas branding and a thick, round lacing system to add to its sleek aesthetic. Last but not least, expect a full-length BOOST-assisted midsole sat beneath what’s arguably the most notable part of the sneaker, the ice-blue translucent midsole.

Take a look at the adidas YEEZY BOOST 380 “Alien Blue” sneaker above. If you like what you see then sit tight as the pair are reportedly dropping sometime this Spring. If you want to be the first to know exactly when then why not sign up to our newsletter?