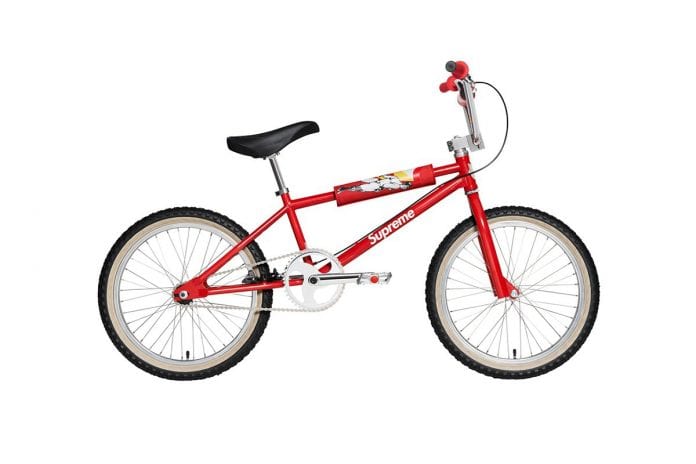 With Supreme collabing with the likes of Fox Racing, Brooklyn Machine Works and Santa Cruz in the past, it’s not surprising that the skatebrand know their way around a bike. However, it looks like yet again they are releasing a brand new piece of two-wheeled kit, this time in conjunction with S&M Bikes.

As for what to expect, the two recently announced a collaborative 1995 BMX Dirt Bike, with the release date also being confirmed. Specifically, the all-red BMX sees arrives as a part of Supreme’s SS20 offerings, and sees the ’90s BMX style return.

The bike features large Supreme branding across the lower half of its frame while the pads, gyro, seat post, sprocket, cranks, pedals, chain, wheels and handlebars all rock a silver finish. Last but not least, signature graphics land on the padding that is present on the centre of the frame and the handlebars, while ‘S&M‘ branding adorns the front badge.

Take a look at the Supreme x S&M 1995 BMX Dirt Bike below, if you like what you see then go cop yourself one on the 7th of May via the Supreme webstore. It’s priced at $1,898 so you better get your wallet ready.