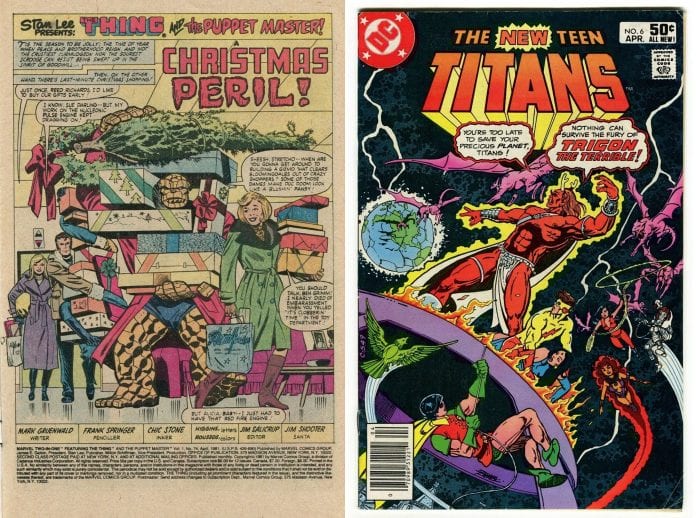 Despite Marvel recently making a number of their comics free for online viewing, one eager fan could be ready to fork out over $1.2M for just one.

As for why, the comic book in question features an incredibly rare misprint, consequently, instead of the cover featuring Marvel branding, it instead is adorned with their rival’s. Specifically, the cover of DC’s New Teen Titans #6 has been accidentally placed onto the issue of Marvel-Two-In-One #74, both of which were printed in April of 1981.

The way this mistake took place is reportedly down to the fact that DC was convinced to up their printing quality from 65 DPI to 120 DPI in the early ’80s. The printing company that DC went with must-have produced Marvel’s Two-In-One #74 issue first, then while a few copies of the guts remained loose in the warehouse, DC’s Teen Titans #6 run started, with a few of these Marvel guts making their way in. The comic is currently one of only three known to exist, with this being the only one that’s been graded and certified by the CGC.

Take a look at images of the book below and above, if the misprinted issue sees a buyer pick it up for its listing price of $1.2 million it would make it one of the most comics expensive ever sold.

Top 10: Skate Shoes You Should Have Tried by Now

The First Teaser for ‘Justice League: The Snyder Cut’ is Here