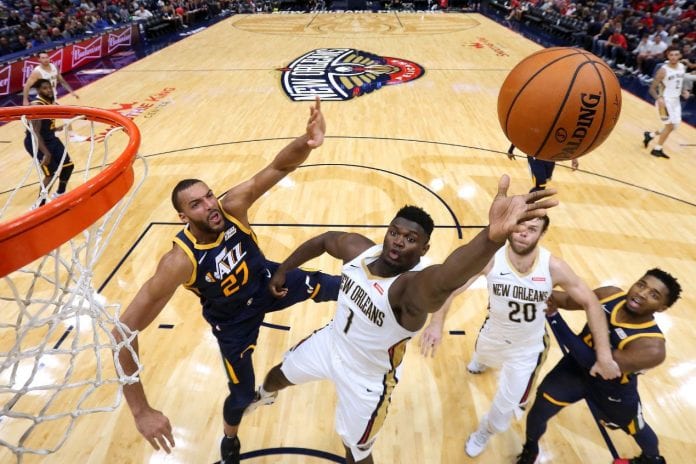 With only a month to go until the NBA Playoffs, fans were gearing up for the return of LeBron James and the Los Angeles Lakers as well as the possibility of Zion Williamson‘s first Playoffs season with the New Orleans Pelicans. However, it looks like all of that will have to be put on hold as the 2019-2020 NBA season has officially been suspended after Utah Jazz centre Rudy Gobert tested positive for COVID-19, also known as the coronavirus.

The news first surfaced thanks to the NBA Insider that is Adrian Wojnarowski stating the news on Twitter, shortly before it was followed up by an official statement from the league:

“The NBA announced that a player on the Utah Jazz has preliminarily tested positive for COVID-19. The test result was reported shortly prior to the tip-off of tonight’s game between the Jazz and the Oklahoma City Thunder at Chesapeake Energy Arena. At that time, tonight’s game was cancelled. The affected player was not in the arena.

The NBA is suspending gameplay following the conclusion of tonight’s schedule of games until further notice. The NBA will use this hiatus to determine the next steps for moving forward in regard to the coronavirus pandemic.”

Royce Young, a writer covering the NBA for ESPN actually reported that the Jazz and Oklahoma City Thunder players were sent back to their locker rooms just seconds before tip-off while at the Chesapeake Energy Arena.

The NBA has suspended the season.

Should you be Angry at Lebron James and the NBA?

How Drake Celebrated After Toronto Raptors Won The NBA Championship