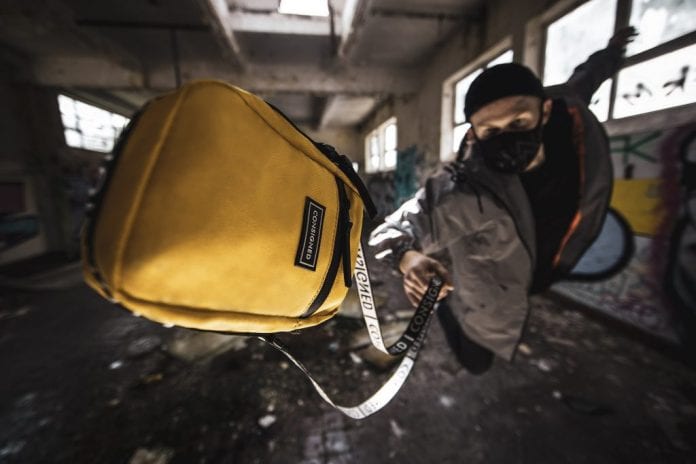 Over the last couple of years Consigned has been steadily developing a base of loyal follows as a consequence of their high-quality streetwear accessories, clean lines and aesthetically pleasing yet functional designs. However, the brand decided to take things up another notch via a collaborative campaign that they are launching in conjunction with the talented photographer that is David Wallace.

Wallace, a creative who has worked with the likes of Nike, DJ Khaled and PlayStation, looked to capture Consigned’s recent array of offerings via a form of photography that has been gaining momentum online. Specifically, this involved each product, and even the model at times, seemingly levitating within the frame, despite Wallace not using any software to produce the illusion.

The painstakingly detailed process, which was documented and can be viewed below, was used to highlight a number of products from Consigned. Some of the most notable pieces taking the form of camo covered duffle bags, colour-blocked rucksacks, vivid side-bags and more. All of these offerings are crafted from premium textiles and feature a number of details, such as Consigned branded staps and badges, that take the finish of the piece up to another level.

Take a look at some of the imagery that was captured by David Wallace and Consigned below, if you like what you see then why not watch the behind the scenes too? Furthermore, if you want to shop any of Consigned’s pieces and attempt a similar effect yourself then make sure you reach out to them using #WeAreTheConsigned.