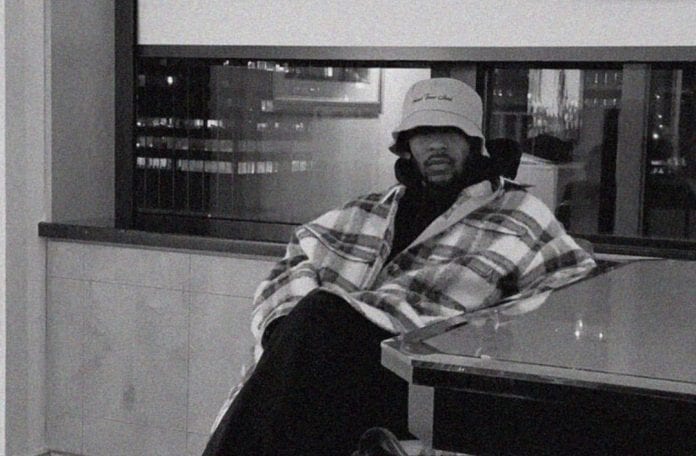 Earlier today many music fans were excited and confused after Compton’s very own rapper, Kendrick Lamar, dropped a teaser for a new project titled ‘pgLang’. At first, onlookers assumed this was an upcoming album, however, the Top Dawg Entertainment artist made it clear that not only was it not an album, but it wasn’t anything that we have ever really seen before.

Specifically, the revealing of pgLand was made via a four-minute visual mission statement featuring Baby Keem and Jorja Smith. The video, written and directed by Kendrick’s pgLang partner Dave Free, also boasts an unreleased Keem song titled “Jump 2”, something which many were excited to hear.

However, the fact that it isn’t a musical project left many wanting a more specific answer as to what pgLang is. Well, as Kendrick spoke on the topic it became more clear that it was their mission to curate and bring artists together rather than capitalise on the creative outputs that are produced.

More specifically, Kendrick and Free both reiterated that pgLang isn’t a record label, and it isn’t a publishing house either. Instead, Lamar‘s mysterious new venture aims to tell stories through unconventional means, it aims to offer a public platform from which to spread a message in an exciting and new artist-friendly way.

Here’s what the team announced upon its public unveiling:

“As of 9:01AM Pacific Time today, March 5, 2020, pgLang is live. Created by Kendrick Lamar and Dave Free, this is a new multi-lingual, service company. It is not a “record label”, a “movie studio”, or a “publishing house.” This is something new.

Lamar and Free’s new purpose at pgLang embodies something deeply personal to them. pgLang is at service to creators and projects that selflessly speak with, and for, the shared experiences that connect us all. “In this overstimulated time, we are focused on cultivating raw expression from grassroots partnerships,” says co-founder Free. Lamar simply says “Selfless. Reset.”

This is happening now because the media landscape is rapidly changing, empowering audiences with choices like never before. Only a few contemporary creators have figured out how to speak the evolving language of this generation without fading into the white noise or pre-assigned market share. pgLang is designed to be artist-friendly above all else and embrace both quality and unconventional concepts. This ethos will be applied to an array of creators who will join pgLang, including authors, film and television directors, fine artists, producers, musicians, and blah, blah, blah… you have all heard this shit before.

Baby Keem, artist one partnering with pgLang, says, “Astronaut ideas. That is what I call the shit that I know I want but that stand alone. You know? Like, not everything has to ‘make sense’ to me in a rational way. This is how my mind stays fresh, by letting myself have my astronaut ideas and developing them even though it might confuse anyone else.”

Before finishing their statement the team behind the pgLand project added that: “pgLang is multilingual. Our community speaks music, film, television, art, books, and podcasts — because sometimes we have to use different languages to get the point of our stories across. Stories that speak to many nations, many races, and many ages. That is why our writers, singers, directors, musicians, and producers break formats when we build ideas and make them real for the curious.

Putting round pegs through square holes is not a process, but we embrace the idea of anarchy and challenges that make us stronger. pgLang is focused on using our experiences, and nurturing our many collaborators, to build stories that are equally accessible and engaging then fitting them within the best media.”

Here is the Release Date for Kendrick Lamar's 'The Butterfly Effect'