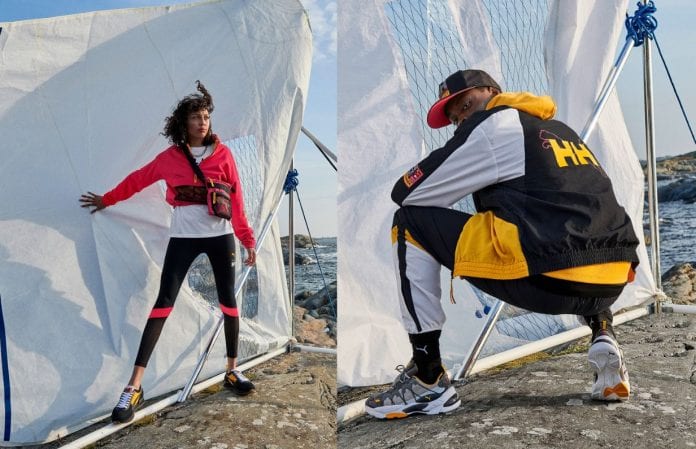 After their first successful collection, the German sportswear conglomerate that is PUMA have yet again joined forces with the renowned Norwegian producer of outwear, Helly Hansen, to produce another ’90s-inspired range.

This time around it seems like the duo is taking a subtler approach to the colour schemes, with the exception of a few colour-blocked garbs. This is likely due to the colder time of year that this collection has been dropped in, Having said that, eye-catching hues still make an appearance throughout the mainly monochromatic products. For example, orange and burgundy are commonly used to highlight various details of the offerings, such as the midsoles and ankle collars of the sneakers, or the zips and pockets of the apparel.

To be more precise, the apparel consists of jackets, trackies, tees, bags and leggings while the footwear looks to some of the more rugged silhouettes from PUMA. Consequently, the collection boasts functionality as well as the up-to-date street-ready aesthetics.

Take a look at the PUMA x Helly Hansen collaboration below, if you like what you see then you’re in luck as the range is set to drop on the 8th of February via ASOS.

How to Cop PUMA's Randomevent Collaboration