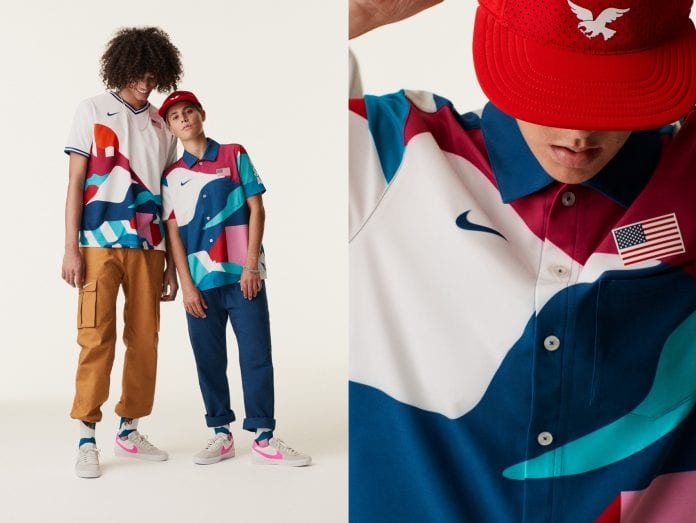 With the 2020 Olympics set to be the first in history to feature skateboarding as an event, many were curious to find out how the world of skatewear was going to collide with that of more official sporting uniforms and kits.

Well, if you were one of those people then wonder no more as Nike SB have just released imagery of the kits that they are responsible for producing. Those countries backed by the sportswear conglomerate being USA, France and Brasil, all of which have seen their designs arrive courtesy of the popular designer, Piet Parra.

As for what to expect, all three of the kits are crafted from 100% recycled polyester and feature the colourful aesthetics that have become somewhat synonymous with the renowned creative.

Specifically, USA’s kit is inspired by traditional basketball jerseys and features a bald eagle graphic on its lower left side. On the other hand, France has opted for their country’s signature rooster with the rest of the inspiration coming from the tennis court. Last but not least, Brazil looks to their football heritage as well as one of their most colourful native birds, the toucan.

When it comes to the footwear, two revamped iterations of Nike SB’s renowned sneaker, the SB Bruin, makes up their offerings. The first iteration being the Bruin ZoomX and the second being the Bruin React. Both feature a Nylon and Suede construction, and an off-kilter Swoosh for its design.

Take a look at Nike SB’s Olympic kits below as well as their new SB Bruin models, if you like what you see then why not sign up to our newsletter so you can be the first to find out the release date.

How To Cop The Supreme X Nike SB Dunks