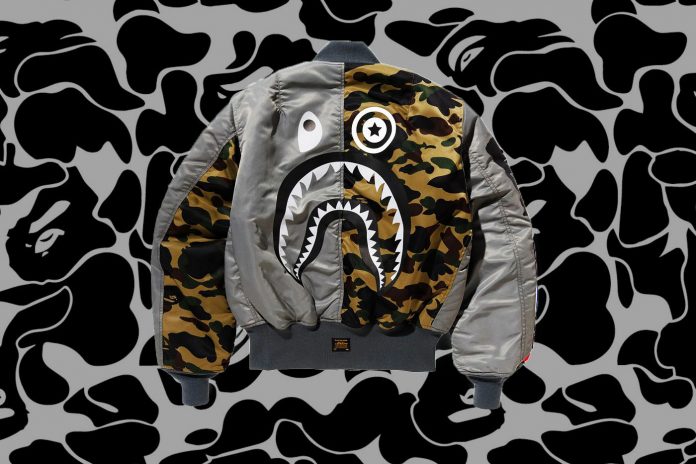 After teaming with Dr. Martens to celebrate their 1460 boot, the renowned Japanese streetwear brand that is BAPE has turned to Alpha Industries to yet again work on producing collaborative offerings.

The duo has consequently presented the new revamped MA-1 and N3-B in a new capsule collection that looks to utilise the range of iconic motifs and patterns that have become synonymous with each of the respective brands. First showcased on display at BAPE’s 25th-anniversary “BAPE XXV” exhibition in 2018, the two jacket silhouettes were crafted by Alpha Industries and have been built for functionality yet designed to fit into today’s street-suitable aesthetic.

To be more precise, the MA-1 bomber jacket sports BAPE’s star branding repeatedly down the right-hand-side with tiger prints and a range of patches making up the rest of the surface area. As for the N3-B jacket, it instead opts for triangular BAPE branding down the left sleeve, blocked pieces of camo across the rear face, and “FUNTHERA MILITIA” printed at the tail. Last but not least, both items feature BAPE’s instantly recognisable faces, with the bomber using the tiger while the N3-B looks to the shark.

Take a look at both jackets below, if you like what you see then you’re in luck as you can cop the N3-B at BAPEXCLUSIVE AOYAMA, BAPE STORE DSMG, as well as bape.com on the 25th of January. The MA-1 bomber will be available via New York’s BAPE STORE on the same day.