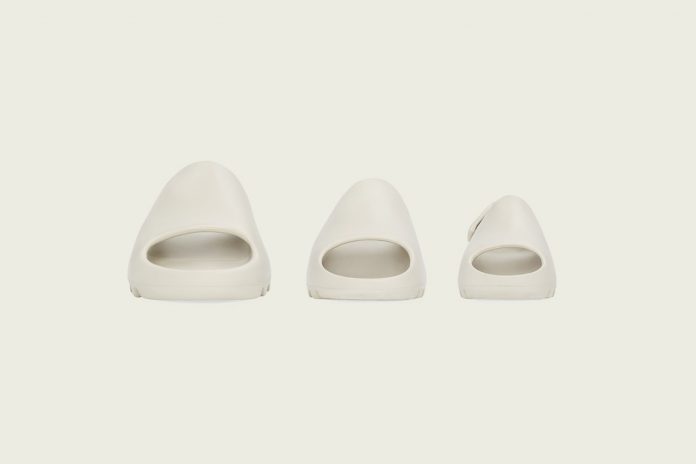 Kanye West and adidas just recently revealed their upcoming collaborative YEEZY’s, and although it has been a long time coming, it appears the duo have still opted for a model that is more simple than it is complex.

Specifically, after being teased by Kim Kardashian via her Instagram Story in late October, the YEEZY brand has finally shared some official imagery of the new slider and its three upcoming colourways. As for what to expect, despite producing some of the most highly sought-after footwear silhouettes around thanks to their detailing, Kanye has looked to produce this pair with as little deviation from the norm as possible.

The reason for this lack of detail is thanks to the whole offering being crafted from one-piece of EVA foam, consequently providing premium comfort as well as a light, but durable, construction. From here the sole rocks deep grooves for grip while the colour scheme turns to “Desert Sand,” “Bone” and “Resin”.

Take a look at the adidas YEEZY Slide below, if you like what you see then head to adidas.com/YEEZY on the 6th of December, where they will be on sale for $55.