The Rabbit Society
Home World & Technology Jeffery Epstein: When Does a Meme Become a Movement? 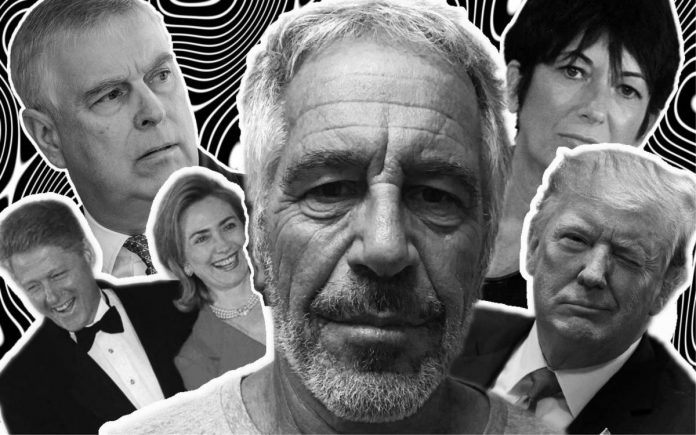 The infamous American financier that was Jeffery Epstein lived a lavish life off of his hundreds of millions of dollars, that was right up until the point he was arrested and put on trial on new sex trafficking charges.

However, Epstein never made it to court. He was found unresponsive in his Metropolitan Correctional Center jail cell and was later pronounced dead. The cause of death was said to be strangulation from hanging, something which – if true – never should have happened given that Epstein was meant to have been watched closely.

This was a consequence of him being found semi-unconscious in his cell back on the 23rd of July, something which made authorities put him on suicide watch for. However, Epstein told his lawyers at the time that he was never trying to take his life and that what actually happened was that his cellmate, Nicholas Tartaglione, an individual who was arrested for multiple murders and drug conspiracies, attacked him.

This statement from Epstein was not believed after Nicholas told authorities that he never laid hands on him. Because of this, additional measures such as glass windows and constant observation was put place to make sure Epstein wouldn’t hurt himself, however, this suicide watch only lasted 6 days as a psychological examination found Epstein to be mentally stable.

As a sort of middle ground between suicide watch and a standard cell, the jail went with a special housing unit, in which a cellmate would be accompanying Epstein while a guard was promised to be checking in on them every 30 minutes. However, not only was his cellmate transferred out the day before his death – with no other prisoner sent to replace him, but the two guards on watch failed to check in on Epstein for several hours throughout the night.

With these procedures not being carried out, it would have made it very possible for Epstein to have killed himself, however, it would have also made it possible for the magnate to be murdered. As we know, if there is any doubt surrounding an event it will leave space for a conspiracy to flower and, in this case, the doubt was not only that murder was possible, but Epstein has previously stated to his lawyers that he had no interest in committing suicide and a psychological evaluation backed this statement up.

This lit the internet up with a countless number of memes, hashtags, tweets, podcasts and videos in which people threw around the narrative that Epstein didn’t kill himself. At first, it was received as more of a joke than anything else, but that was set to change.

As the internet’s latest ‘inside-joke’ built momentum it became eerily more serious as the results of Epstein’s autopsy came out.

An autopsy on Epstein’s body was conducted on August 11 by New York City’s Chief Medical Examiner Barbara Sampson. Epstein’s family sent a third party pathologist, Michael Baden, to observe the city’s autopsy and draw his own conclusions in private. Although Sampson reported no foul-play, Baden’s conclusion was that the haemorrhages in Epstein’s eyes, as well as the particular bones that were broken, suggest that Epstein’s death was “far more consistent” with murder than suicide. Furthermore, the contusions on both of his wrists, the abrasion on his left forearm, and the deep muscle haemorrhaging of his left deltoid or shoulder leads his brother, Mark, to suggest that he was “handcuffed and struggled.”

The motivation to have him killed was pinned on various people, something which can easily be done given that Epstein infamously had an extensive network of powerful friends which partook in sex with underage girls at his multiple properties. A New York Times reporter was told by Epstein that he’d witnessed prominent tech figures taking drugs and arranging for sex. Furthermore, Epstein’s former contractor says security cameras were secretly fitted in every room and recorded the behaviour of the rich and famous who visited, this explains why he and his ‘fixer’ Ghislaine Maxwell apparently felt ‘untouchable’.

This is why there has been such an outrage surrounding Prince Andrew and Bill Clinton, just two examples of powerful men that have both been proven to have stayed several days and nights at Epstein’s properties. Both, of course, deny ever doing anything illegal while there though.

With Epstein’s bail denied, a deal in which he traded information for a shorter sentence was almost imminent. This is exactly why several people publicly predicted an untimely death for Epstein in prison. In an interview on the 27th of July with Bob Fitrakis, a longtime investigator into Epstein, stated that he thought it was “likely” that Epstein would be “killed in prison”. Spencer Kuvin, a lawyer who represented three alleged victims of Epstein, also stated back in July that Epstein’s first apparent suicide attempt was an attack on his life, and stated there was a high probability that he would be murdered in prison before having the chance to speak.

We will have to wait for further investigations to take place.

What Happened at Capitol Hill

Could 2021 Be The Year Aliens Go Public