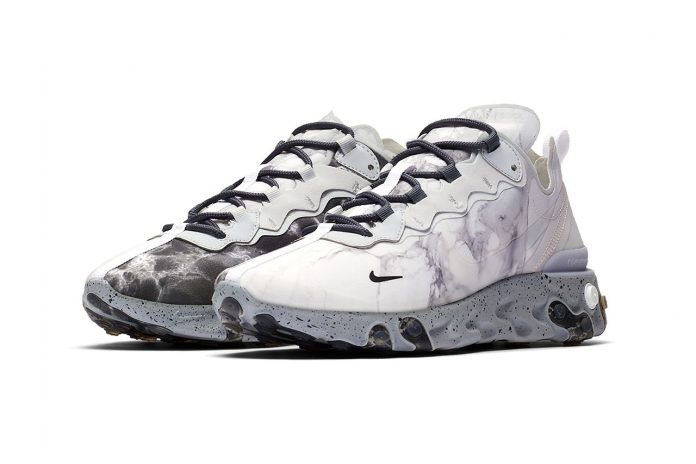 After Kendrick teased the sneakers online just a couple of days ago, the renowned Compton-based rapper has joined with NikeLab to officially revealed their collaborative React Element 55.

Interestingly, the closer look at the sneakers reveals that the sneaker actually moves away from the translucent features of previous Nike react releases. Furthermore, it finally gives us a clear look at the monochromatic designs that adorn each half of the upper.

The Kendrick Lamar x Nike Element React 55 rocks a colourway that is described as “Pure Platinum/Clear/Wolf Grey.” Specifically, this colour palette manifests itself differently for each half, the lateral side predominantly sports a white marble effect while the medial contrasts this with a black marble effect instead.

Take a look at the Kendrick Lamar x NikeLab React Element 55 below, if you like the look of the sneaker then sit tight as the pair are set to drop on the 5th of November at retailers such as Sneakersnstuff.