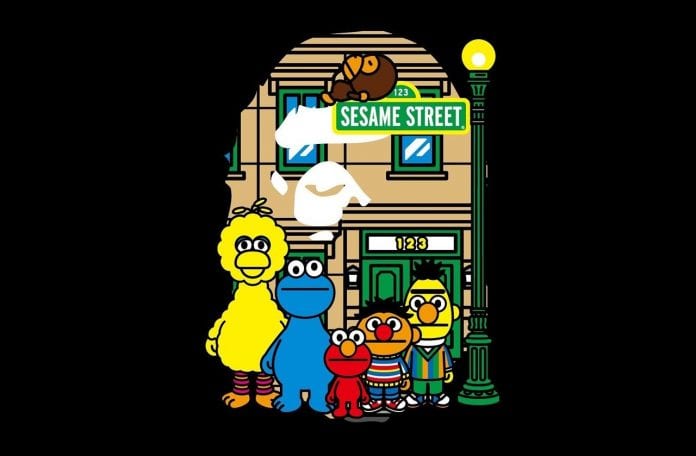 The beloved Japanese streetwear brand that is BAPE just recently announced yet another collaborative project, this time in conjunction with none other than Sesame Street.

Specifically, a graphic designed by MANKEY was uploaded to the official BAPE account, in which you can see that recognisable branding and elements from both parties have been joined for what will likely be a hard-to-cop collection.

Apart from this, no looks or details were shared, that was until a few hours ago in which the brand uploaded yet another post, this time offering looks at the kid’s offerings. As for what we saw, a hoodie featuring the previously-mentioned graphic took the front and centre while a Cookie Monster tee could also be found on the second slide.

Although these are just the kid’s products, it’s very likely that we can expect these styles to also make their way to the men’s and women’s products. However, to be sure we will have to wait and see, having said that, we shouldn’t be waiting too long as the BAPE x Sesame Street collaboration will be available at A BATHING APE locations as well as at US.BAPE.COM on Saturday, September 14th.

Sesame Street, first broadcast in 1969, has been loved by many from over 150 countries around the world. The iconic brand and A BATHING APE® are now coming together for a special collaboration. This collection includes items that incorporate both brands’ unique worlds, available for Men’s, Ladies’ and Kid’s. It will be available at A BATHING APE® locations, US.BAPE.COM WEB STORE on Saturday September 14th. #bapesesamestreet #bape #sesamestreet