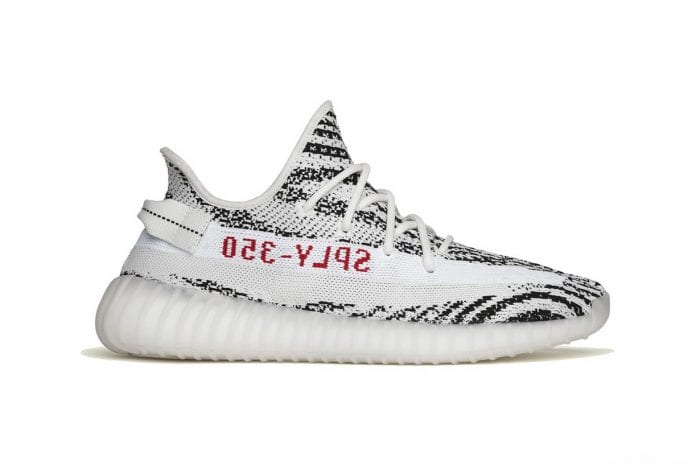 Few things are certain in this world, death, taxes and YEEZYs getting restocked. That’s why yet again we are bringing you the news that one of Kanye West‘s most beloved designs is re-releasing.

To be a little more precise, adidas and YEEZY’s BOOST 350 V2 “Zebra” is set to return. If you are one of the few people on this planet that don’t know what this shoe looks like then you can have a look below and above. Originally, the shoe was dropped in the February of 2017, fast forward a few months and the pair were restocked in June 2017. Following this, people suspected that if they wanted a pair they would just have to just swallow the resell prices. However, yet another restock took place in November 2018, December 2019 and now December 2020.

The sneakers feature the usual cosy Primeknit upper and boasts the black and white zebra design. Down the lateral sides of the shoes sit the reversed red “SPLY-350” branding. Furthermore, expect thick white laces and heel tabs, a clean white midsole and full BOOST cushioning within the sole unit.

Take a look at the adidas YEEZY BOOST 350 V2 “Zebra” below. If you like what you see then sit tight as the pair are set to drop on the 10th of December via adidas’ online store and YEEZY Supply. If you are outside Europe and Latin America then, unfortunately, this drop won’t be available to you.