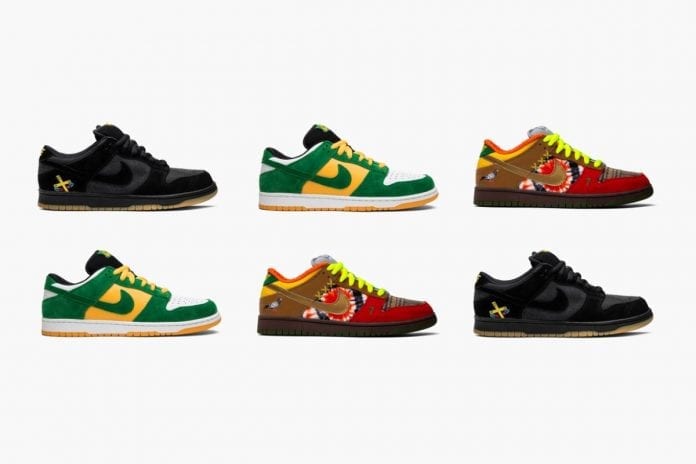 Yesterday it was announced that Nike Dunks had wone the Footwear News Achievement Award (FNAA) for Shoe of The Year. The FNAA has been held annually since 1986 and has been dubbed the “Shoe Oscars” by those in the industry.

Previous winners of the award shoe of the Year have included Dr. Martens 1460 boot and Virgil‘s Off White X Jordan 1 collaboration. However, this year Nike’s Dunk shoe took home the award; for its long “history within the world of sports, fashion and skateboarding, solidifying itself as a streetwear staple.” The Dunk also received notability for its 2020 collaborations with Travis Scott, The Grateful Dead and Ben & Jerry’s – all with a ridiculous sell-out time and mass fandom.

You can check out the full list of awards and winners on the Footwear News Website and be sure to subscribe to our newsletter to stay up to date with the latest news.

How To Cop The Nike Dunk Low ‘Lemon Drop’