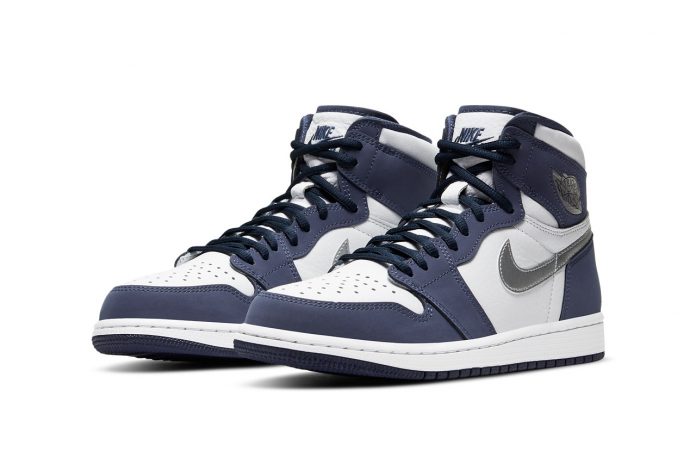 To give sneakerheads everywhere a blast from the past Nike has revealed a new upcoming retro release. Specifically, the pair in question comes in the form of the Jordan Brand‘s much-loved Air Jordan 1.

Interestingly, the forthcoming sneaker is actually paying tribute to a pair that dropped all the way back in 2001. Arriving as a part of Nike and Jordan Brand’s CO.JP program, short for “Concept Japan.” This sneaker was a part of the Japan-exclusive styles, with the “Midnight Navy” iteration limited to a measly 3,000 pairs at the time.

Well, now that the years have passed, it appears the design is set to return in a more accessible form. Specifically, the “Midnight Navy” stays true to the same colour scheme. Having said that, some details have been revisited.

When it comes to the construction, the uppers are built from white leather, upon this sit navy nubuck panels. On top of all this comes the most notable element of the shoe, the metallic-silver Swoosh. Rounding off the pair is Jordan’s ball-and-wings badge found on the collar.

Take a look at the Air Jordan 1 CO.JP “Midnight Navy” below. If you like what you see then head over to Nike’s SNKRS app on the 14th of November, setting you back $170, approximately £145.