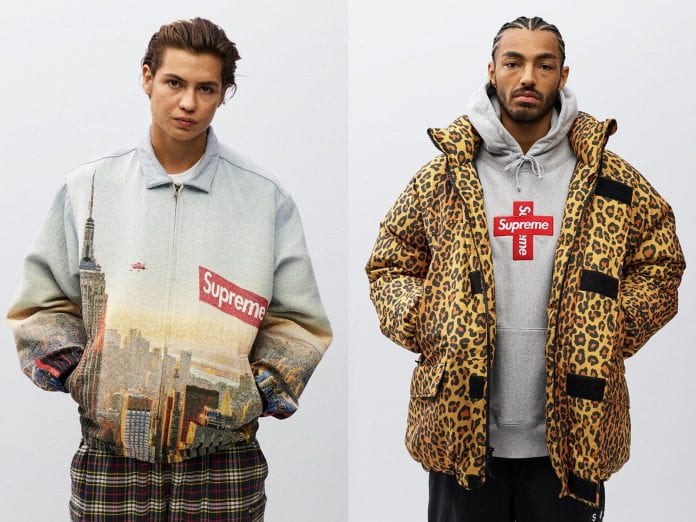 Supreme New York are back again, releasing a brand new lookbook for their fall/winter 2020 offerings. Fronting the imagery are two of the brand’s trusty skaters, Sage Elsesser and Sean Pablo.

As for what to expect from the upcoming drops, a mix of patterns, patchwork and prints land on some more winter-suitable garment types. Notably, the New York landscape arrives on a trucker jacket with trousers to match, also expect colour-blocked patterns as well as untraditional textures and textiles to pack some aesthetic punches too.

This season’s BOGO comes with twice the branding, the box logo hoodie sports two logos perpendicularly to create a cross on the chest. Furthermore, a tapestry jacket and matching jeans boast a still shot from an old Supreme video, consequently producing a vintage look. Last but not least, the lookbook is rounded off via Supreme’s collab with The Smurfs, adorning various GORE-TEX/denim offerings.

Take a look at Supreme’s FW20 lookbook below. If you like what you see then you’re in luck as the first drop takes place on the 20th of August, with Japan seeing a later release date of the 24th. Sign up to our newsletter if you want weekly updates.