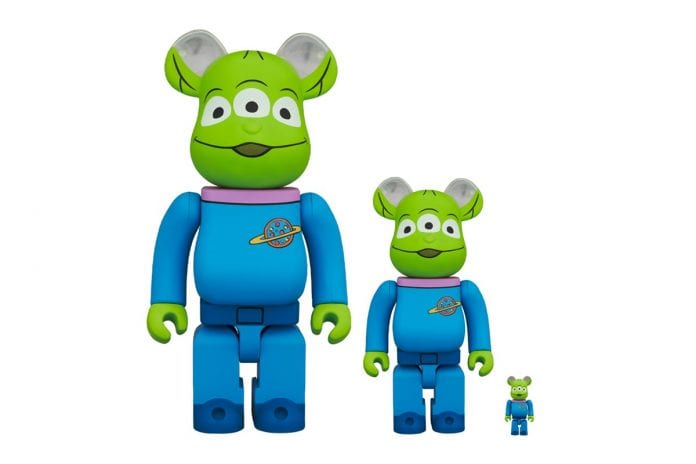 Medicom Toy has yet again looked to redress their highly popular BE@RBRICK, this time opting for almost iconic three-eyed extraterrestrial from the Toy Story movies.

Specifically, Medicom has looked to depict Pixar’s lovable alien by keeping the character’s signature three-eyed appearance. Complemented by pointy ears and three eyebrows, the Japanese toymaker has really captured the look. However, to really sell the character, Medicom has dressed the BE@RBRICK in a bright blue jumpsuit, adorned with branding similar to that of Pizza Planet’s the place in which the aliens were first introduced to the Toy Story franchise.

Take a look at Medicom Toy’s “Alien” BE@RBRICK in both 100% and 400% iterations. If you like what you see then head over to CJ Mart’s website to cop them for yourself.