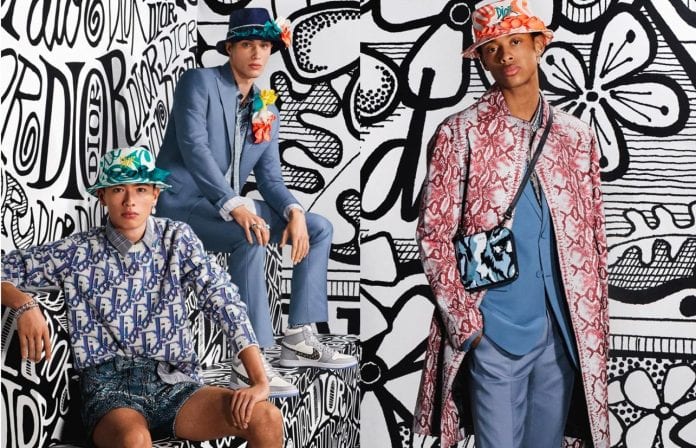 It wasn’t long ago that we first heard the rumour that the French luxury goods company that is Dior were planning to team with none other than the renowned skate and streetwear brand, Stüssy.

Shawn Stussy himself confirmed the collaboration’s existence and stated via Instagram that it was Kim Jones’ ideas, not surprising given the love Jones often shares for street-focused brands. Specifically, the caption read: “Kim Jones has brought me out of retirement to work with him and his Dior family on fall 2020.” adding that the collection took place as it felt like an organic partnership to him.

As for Kim Jones, he stated: “For me to work with someone like Shawn is a real honour. He’s an artist, that’s the thing. If you can work that line like that, and it’s that memorable, it’s like an artist. That’s why I wanted to do it with him: he’s made an iconic image with his hand.”

When it comes to what to expect, not much is known given how close the cards have been kept close to the chest. However, Jones did let on that he and his team drew inspiration from Miami’s historic Art Deco architecture. In fact, Jones and his team coloured in the black-and-white artwork that Stussy submitted for Pre-Fall 2020.

Take a first peek at the Dior x Stüssy collaboration below, if you like what you see then sit tight as the range is set to drop later this year. If you want to be the first to know then sign up to our official newsletter.

How to Cop Stüssy’s Next Nike Collaboration