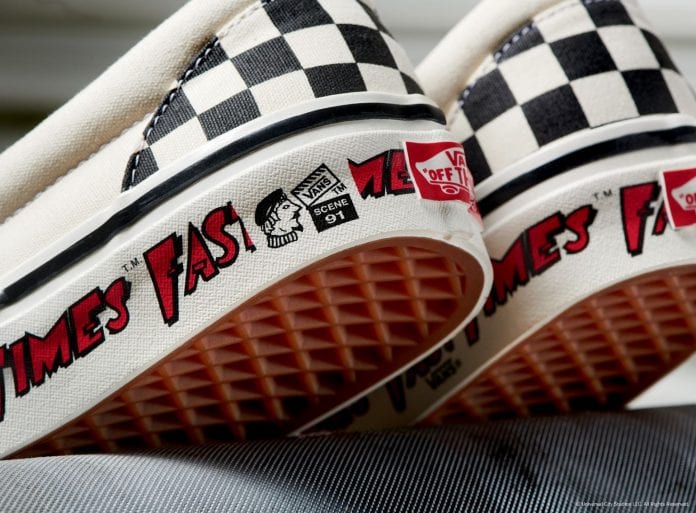 The much-loved American skate brand that is Vans have just announced that they are reissuing their Fast Times Slip-On, allowing a whole new generation to cop the limited-edition iteration before it potentially disappears.

Interestingly, the Classic Slip-On debuted all the way back in 1977, with the Checkerboard pattern being introduced in the early 1980s after the Van Doren noticed kids drawing checks all over their shoes. It was the meeting of these two aesthetics that lead to the Checkerboard Slip-On becoming one of the most popular shoes within the industry.

However, Vans looks to pay tribute to one of the other factors that made a contribution to the pair’s success, that being to the film ‘Fast Times at Ridgemont High‘. The pair were included throughout the flick and as a way of saying thanks, Vans have covered the midsole of the renowned model in the movie’s branding.

Take a look at the “Fast Times” Checkerboard Slip-On below, if you like what you see then you’re in luck as at the beginning of March, for limited time online and in select Vans dealers, the shoe will be available for purchase.