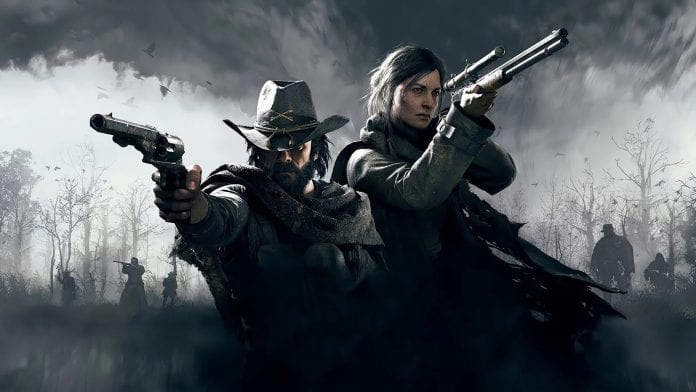 After graduating from Steam Early Access and Xbox Game Preview, Hunt: Showdown is now set to make its way to Sony’s PlayStation 4 today, the 18th of February. This comes as a big relief to many as the bounty hunter game was meant to be making its PS4 debut back in November, however, complications arose and dates were pushed back.

As for what to expect from the game, Hunt: Showdown sees a unique fusing of game types, however, in essence, it takes the form of an innovative multiplayer shooter that shares some DNA with Escape From Tarkov. Specifically, you play as a bounty hunter who must track down demoniac enemies and kill them before collecting your reward.

Having said that, this game doesn’t look to be fair, it’s every player for themself so trust no one. Many players look to let others do the hard work before simply taking out the hunter and collecting the bounty off of them. This may wind you up more than you expect as the Hunt: Showdown inflicts a harsh and punishing permadeath feature, meaning that you always have to be on the lookout. Finally, the whole game is wrapped up in an impressive world, designed excellently with impressive graphics.

Take a look at the Hunt: Showdown PlayStation 4 trailer below, if you like the sound of the game then why not head over to the PlayStation Store now to cop it for yourself?