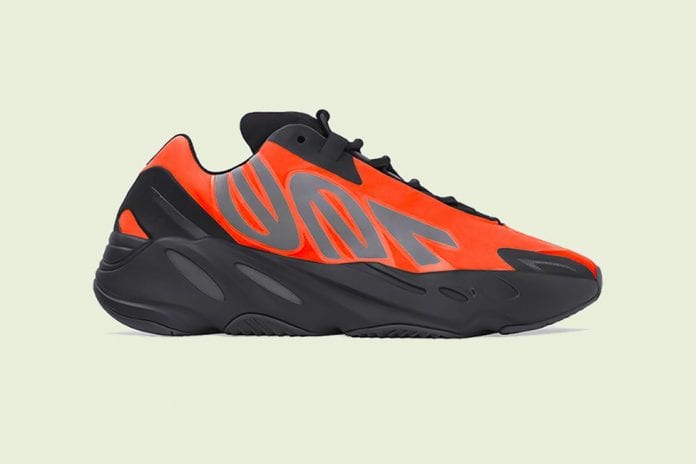 Interestingly, this more recent sneaker arrives with the same sole unit as the previous blacked-out YEEZY BOOST 700 MNVN, however, the upper has opted for a strong contrast time around. As you would expect from the name, the upper sports a hi-vis orange basecoat, on top of which sits silver 3M reflective accents coming in the form of two “700” logos. Oddly enough, this branding lands on the lateral sides with one of the logos being reversed.

Take a look at the adidas YEEZY BOOST 700 MNVN “Orange” below, if you like what you see then, unfortunately, another similarity that this pair has with the “Triple Black” is that this will also be a regional exclusive. This means that if you want to get your hands on a pair then you will need to head to stores across Shanghai, Paris, or Los Angeles on the 28th of February.

How to Cop the Palace x Adidas PUIG Collab

How to Cop the adidas YEEZY 500 High “Tyrian”