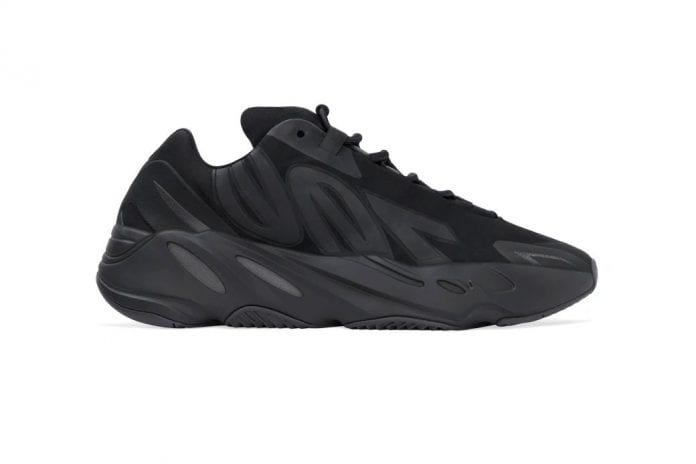 With Kanye West’s brainchild, YEEZY, recently dropping their renowned 350 V2 silhouette in a new “Marsh” colourway, fans of the brand’s more chunky models were waiting for their next chance to cop a new pair.

Well, lucky for them it appears their chance has now arrived, with the adidas YEEZY BOOST 700 MNVN set to land soon in a highly-anticipate “Triple Black” colour scheme. Interestingly, the YEEZY BOOST 700 MNVN’s first official colourway sees a minimalist approach that seems to compliment the stealthy build of the sneaker.

Specifically, the running shoe boasts a pretty flat upper, utilising petruding panels only when it gets to the heel area. However, despite this, the BOOST 700 MNVN does in fact offer multiple details on its surface, those being reflective points on the toe cap, reversed “700” branding on the lateral sides and straight forward “700” branding on the medial sides. As well as this, expect a familiar construction when it comes to the midsole, this is courtesy of YEEZY’s successful BOOST 700 sole unit.

Take a look at the YEEZY BOOST 700 MNVN “Triple Black” above, if you like what you see then get ready as the pair are unusually set to be released on the 9th of February via select physical stores only. Consequently, you won’t be able to get them online, only via select shops – that are yet to be announced – in Tokyo, London and New York.