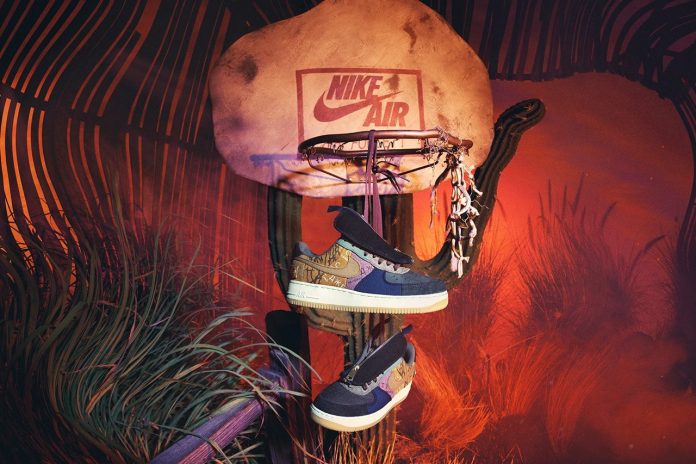 The American rapper, singer, songwriter and record producer that is Travis Scott has yet again focused his attention on revamping one of Nike’s most iconic silhouettes, the Air Force 1.

As for what to expect, in a new collaborative project, the offering titled the “Cactus Jack” arrives with a design-blocked aesthetic. Specifically, the Nike’s upper has been split into a variety of sections, each with their own style.

Around the ankle we see a strong orange hue adorned with eery branch-like prints. As we get closer to the toe box the design turns to a text-based look backed with orange and then purple. Last but not least, suede, canvas and corduroy round the front end of the Cactus Jack off, while a pale midsole and gum outsole offers the base for the sneaker.

Take a look a the Travis Scott x Nike “Cactus Jack” below, if you like what you see then you’re in luck as they are set to drop on the 16th of November via Nike SNKRS and select global stockists. The price is $160 or approximately £145.