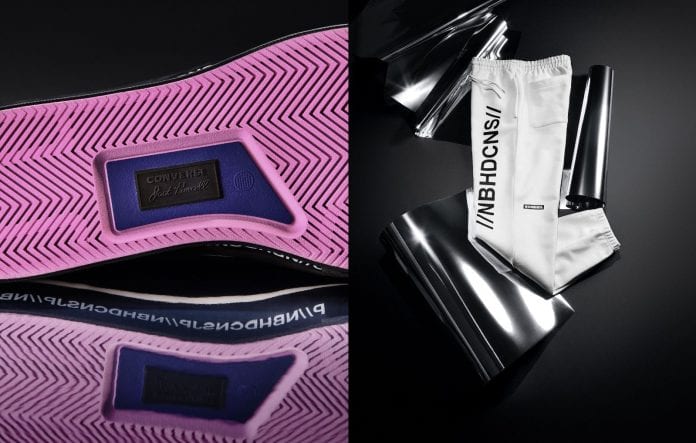 The renowned Japanese brand that started in 1994, NEIGHBORHOOD, has recently joined forces with their relatively-new collaborative partners, Converse, in order to drop what is almost an entirely monochromatic collection.

As for what to expect from the duo, the American and Japanese brands have set their sights on creating a second collection that furthers both of their streetwear libraries. Consequently, utilitarian and classic aesthetics have been utilised by the NEIGHBORHOOD co-founder, Shinsuke Takizawa, who took Converse’s basketball heritage and blended it with NEIGHBORHOOD’s signature streetwear elements.

As for colours, the majority of the range is covered in either black or white, with exceptions being made for a few hues when it comes to the design points. In fact, the best example of this is how the souls of the footwear offerings rock either green or pink, while branding on the apparel can often be found in yellow or blue.

Take a look at the official imagery for the upcoming Converse x NEIGHBORHOOD collaboration, if you like what you see then head over to Converse’s online store on the 24th of August to cop your favourites.