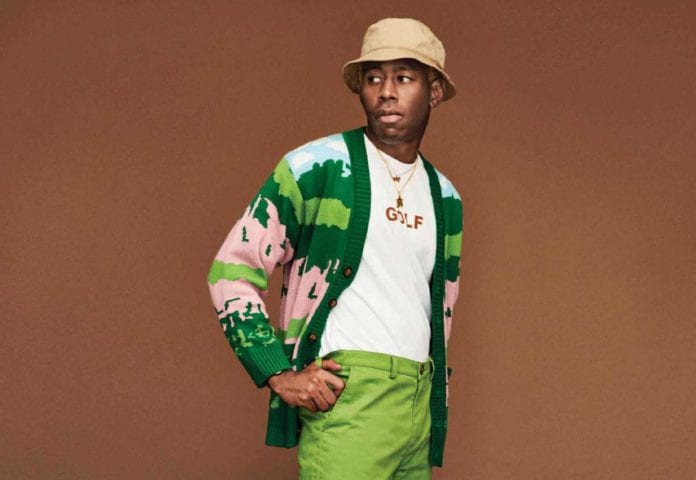 The multi-talented artist that is Tyler, The Creator has clearly been hard at work in conjunction with his longtime collaborators, Converse. In fact, the evidence is clear is as multiple images of upcoming GOLF le FLEUR* x Converse designs have just leaked.

As for what to expect, a number of uploads by the @golfwangreporters on Instagram show a variety of upcoming footwear offerings, two of which are rumoured to drop within a month. Specifically, the two pairs we can supposedly expect take the form of the duo’s beloved One Star collab, however, they arrive updated with either a red or green midsole with laces to match. Interestingly, these colours contrast the rest of the shoe’s white base colour, although the text-based branding sitting beneath the now iconic flower overlay catches the eye equally as much.

As well as these soon-to-be-released pairs, new velvet-clad models have also appeared in red and brown iterations. A pair that still seem comparatively dull compared to the high-cut sneaker that is set to land rocking a pimp-ish purple and white colourway.

Take a look at the forthcoming pairs below, if you like the first two then you’re in luck as they are set to drop on the 17th of May. However, if you want to know the remaining pair’s release dates you will have to stay tuned.